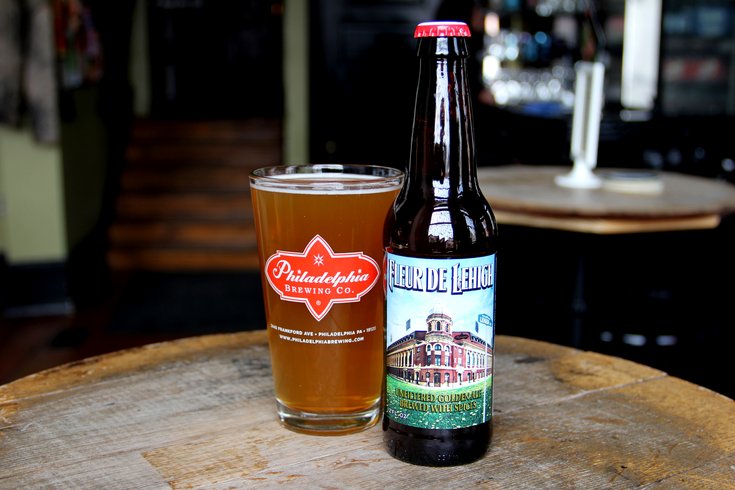 While watching the Phillies and the team's new star player Bryce Harper this season, you can crack open a brew that pays homage to the Phillies' history.

Philadelphia Brewing Co.'s newest release is a seasonal beer with an image of Shibe Park, former home of the Phillies, on the label. In the '30s, the Phillies left the deteriorating Baker Bowl for Shibe at 20th Street and Lehigh Avenue in North Philadelphia.

Called the Fleur De Lehigh, the summery beer is a golden ale with 4.7-percent ABV. It's brewed with ginger, lemongrass and other natural herbs.

Philadelphia Brewing's other beers include Walt Wit, Pennsylvania Pale Ale and Kenzinger. The brewery is located in Kensington, at 2440 Frankford Avenue.

UPDATE: The Fleur de Lehigh is a seasonal beer, recently released for spring 2019.