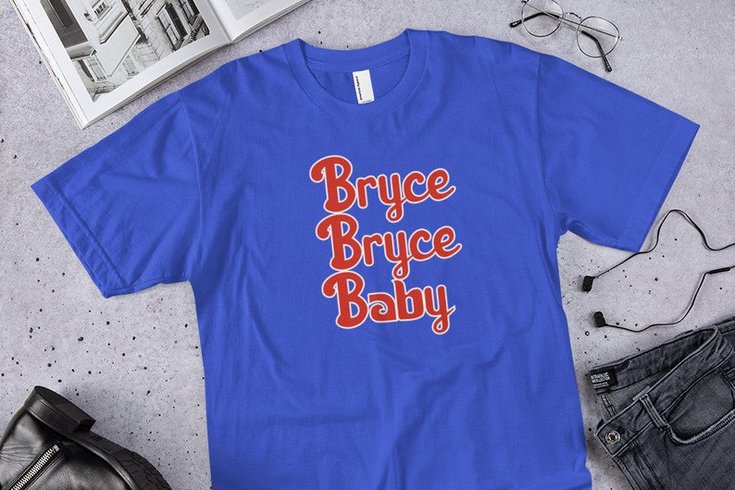 Phaithful Nation's 'Bryce, Bryce Baby' Phillies T-shirt design is being sold on Etsy. Since Bryce Harper signed with the Phillies, his No. 3 official team jersey has become the fastest selling jersey in the 24 hours after its launch.

It's been mere days since the official Bryce Harper Philadelphia Phillies merchandise was released on Fanatics, taking team sales to new heights within hours.

According to Fanatics, Harper's No. 3 jersey is the fastest selling player jersey of all time within 24 hours of its launch. That shouldn't be much of a surprise, though, when you remember how much Philadelphia Eagles gear fan bought after Super Bowl LII.

RELATED: What they're saying: How the Phillies landed a superstar, and why all the pressure is now on Harper

Considering how many people will be rocking those Harper Phillies jerseys come spring – so many that the team store at Citizens Bank Park ran out of the letter "R" at one point this week – take a departure from everyone else and look at some smaller businesses offering original Harper-related Phillies merch, as well as other team designs not solely focused on the new player.

Here are some places to shop so you can be among the best dressed at the ballpark this summer.

The self-proclaimed "ultimate Philly Sports brand" specializes in retro-inspired tees, selling new Eagles and Phillies apparel designs alongside vintage band and music tees. The online shop was also among the first to roll out Bryce Harper merch, including a signature Harper graphic on tees for adults, kids, and even babies.

This shop offers team clothing for a variety of cities, but its Philadelphia collection is above and beyond, already selling new "Bryce" T-shirts written in a Phillies-inspired font, also available in hoodie form. And, if you're in the mood to relieve a brief moment of Eagles glory, a Double Doink tee. The new designs also includes a Broad Street Bryce T-shirt. 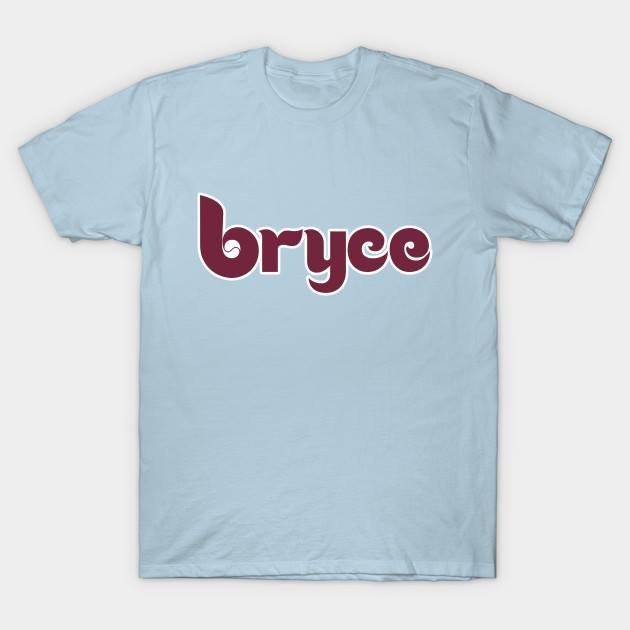 Patrick Martin Art & Design, sold through Tee Public, is jumping on the Harper bandwagon, as well, including a "The Bryce is Right" design and an M-L-Bryce print, among several others reimagining Bryce's name with the Phillies' modern and vintage logos. 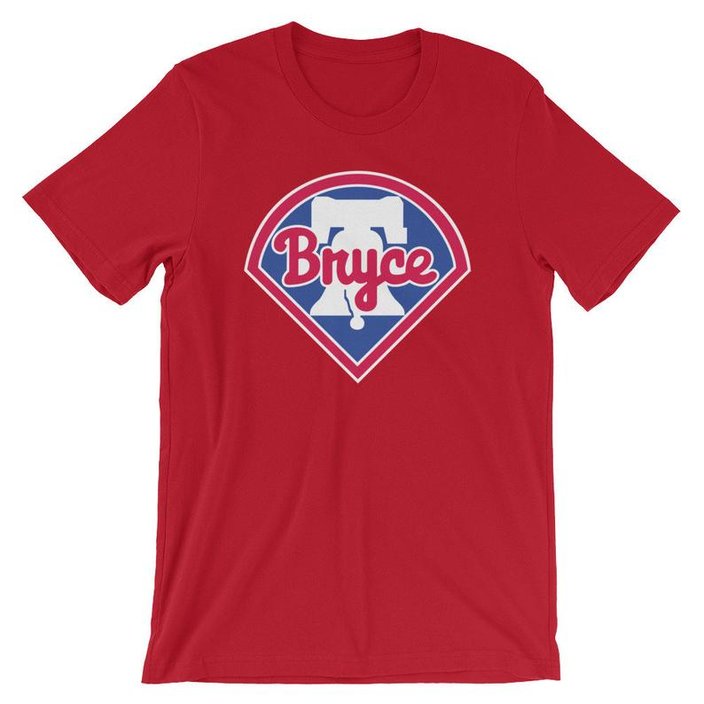 Saturday Athletic Club, sold through Etsy, specializes in quirky designs inspired by Philly sportsdom -- you'll find everything from Gritty Gritty beanies to Bens Simmons emoji shirts. On the Harper front, the shop already has two designs in stock, including a print featuring the Phillies Liberty Bell logo and another this is a nod to the famous LOVE sculpture. 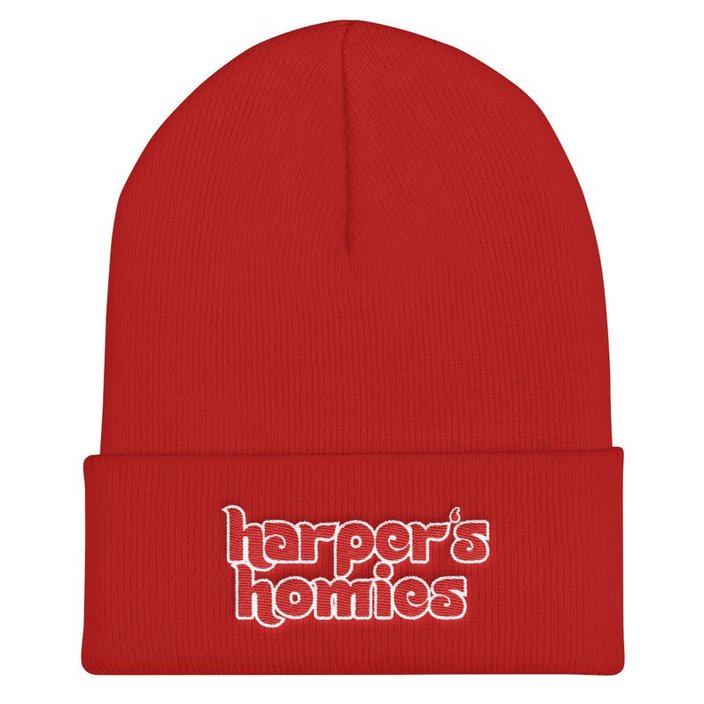 Phaithful Nation, another retailer on Etsy, has a variety of Hoskins Harper '20 prints for all those envisioning a victorious Phillies team, plus a few Harper's Homies designs for shirts and hats in a Phillies-inspired font. Plus, for all those Vanilla Ice fans out there, you can grab the Bryce, Bryce Baby tee here.

We're having an end-of-season baseball sale now through Friday! Save 35% off select baseball items when you shop online (http://bit.ly/2PhPXrM) or in-store and use the code "ws2018" - supplies are limited, so act fast!

Shibe hasn't quite jumped aboard the Harper merch train yet, but the Philly-based shop is still a must when it comes to all Philly-sports-related apparel. The current Phillies collection includes some designs featuring Phil and Phyllis and more LOVE-inspired tees.

Welcoming Bryce Harper to Philly! Shop now. Use promo code DSGN10 for 10% off your first order at checkout!

Under the RushOrderTees umbrella is the online store DSGN Tree, which already has 10 Harper-centric designs, just one week after signing. The company won some additional popularity during the Eagles playoff run, and is now offering several campaign-style Harper tees as well as others inspired by the Phillies font or incorporating the Liberty Bell.