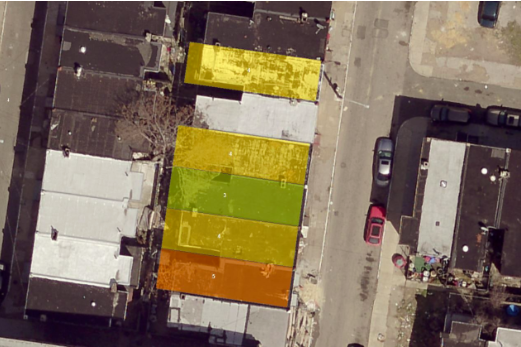 In the wake of the deadly Market Street building collapse in June 2013, Philadelphia officials called together a task force to make recommendations for the city to be more proactive in identifying properties that pose a risk to public safety.

Two years later, the city has developed an app that officials hope will be an important part of the "future of inspection," according to Technically Philly.

The app, debuted last week at Philadelphia's Innovation Lab, is the product of a collaboration between multiple city agencies including the Department of Licenses & Inspections, the Office of Innovation and Technology and the Water Department.

Developers say the app relies on a multitude of city data sets, specifically property violations and water shutoffs, to help Philadelphia's 50 property maintenance inspectors determine which structures should be prioritized. With an estimated 40,000 vacant properties across the city, the app has the potential to streamline a patchwork process that already deals with a high level of flux.

The most interesting feature of the new app is its use of aerial LIDAR images, which visualize distance by illuminating targets with laser and analyzing reflected light. The images can be used to identify holes in roofs that inspectors may not observe during street-level structural assessments.

To support the project, departments across Philadelphia contributed more than $800,000, primarily to cover the cost of the LIDAR survey and analysis. The app will be used to bolster other government tech solutions, such as L & I's app to detect unsafe properties and evaluate the public danger they pose based on proximity to sites like bus stops and neighboring occupied row homes.

While the new tool offers promise, its developers say it's a work in progress that will initially help inspectors hit the field to confirm the findings suggested by city data.

It's not yet clear whether the app will be open to the public, and the project is still shut out from property tax revenue data, but in a city recognized as a national leader for its use of technology for civic goals, the new app represents a step toward more responsive methods of property assessment.