The performer's family has already raised more than $11,000 for her funeral expenses through GoFundMe 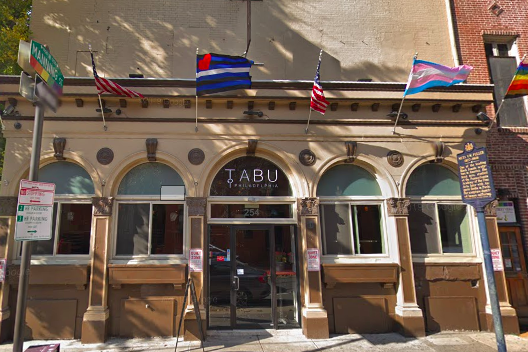 Prominent Philadelphia drag queen Valencia Prime died on Monday after she collapsed while performing at the Tabu Lounge and Sports Bar in the city's Gayborhood.

The LGBTQ+ community in Philadelphia is mourning the death of a prominent young drag performer.

Valencia Prime died after she collapsed onstage at the Tabu Lounge and Sports Bar in Center City’s Gayborhood on Monday, NBC News reported. A cause of death has not been made public.

She was the host of the drag showcase Prime Time and described herself as “Philadelphia's plus size dancing diva” on Instagram.

Police said that a 30-year-old woman became ill at the venue on S 12th and Manning streets and was taken to Jefferson Hospital where she later died, the Inquirer reported. Prime’s age is listed as 25 in most reports.

She grew up in Delran, where her Facebook page says she graduated from high school in 2015, and went on to study child psychology at Temple University.

A GoFundMe page organized to help Prime’s family with the funeral expenses has already raised more than $11,000. Its initial goal was $8,000.

As news of Prime’s death spread, a wide array of tributes popped up on social media.

"Today we mourn the loss of a very bright and rising star in the performance community and a person who was always full of life and positivity,” Tabu Lounge said in an Instagram post. “We say goodbye to Valencia Prime but we will not forget the light you brought to the stage."

Timaree Schmit, a sexuality educator and burlesque performer, commemorated the drag queen in a tweet.

“This community has suffered so much loss in the last few years,” she said. “Valencia Prime was a talent and a delightful person. Rest in power, babe.”

This community has suffered so much loss in the last few years. Valencia Prime was a talent and a delightful person. Rest in power, babe. pic.twitter.com/oK9vFgpcP6

Some of her fellow drag performers in Philadelphia posted social media tributes, as well, including Aloe Vera, who’s known as Anthony Veltre off stage.

“You are and will forever be my light. I wish I knew how to keep going without you,” he said in a Facebook post. “A piece of my soul has been taken from me and I’m struggling to pick myself up off the ground without you. I love you with everything in my heart Valencia. Rest in power.”