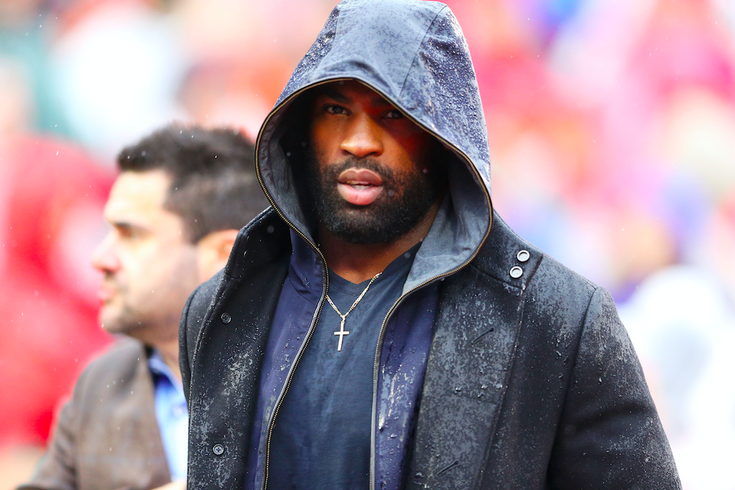 Former Oklahoma Sooners running back DeMarco Murray appears at one of his alma mater's college football games during the 2016 season.

DeMarco Murray's time in Philadelphia under Chip Kelly was short-lived and not very fondly remembered.

Once a star and three-time Pro Bowler with the Dallas Cowboys, the Eagles signed Murray after the 2014-15 season to replace franchise rushing leader LeSean McCoy, who was dealt to the Buffalo Bills.

RELATED: Darren Sproles could return for one last season with the Eagles

But in two final seasons with the Tennessee Titans, Murray put up respectable numbers in a backfield-by-committee. When he couldn't find a taker during the 2018 offseason, he bowed out of the NFL at 31 years old. He had a solid career with a few excellent seasons in Dallas.

On Monday, to mark April Fools' Day, Murray played a prank on Cowboys fans, who earlier this year welcomed back ancient tight end Jason Witten. Why not bring back Murray to spare some tread for Ezekiel Elliott?

After much consideration and thought, excited to be back with my man @JasonWitten and the @dallascowboys , two rushing champs in the same backfield. Let’s get it @EzekielElliott 🙌🏾🙌🏾🙌🏾🔥🔥🔥

A couple of Cowboys fans appear to have taken the bait.

How exciting !! Great things are going to happen this season

Murray is actually now the running backs coach at Arizona, so he's not entirely out of the game.

Sadly, Eagles fans remember him more for things like this than anything he ever did in Philadelphia.

You should of stayed in Dallas instead of going to Philthadelphia 🤷🏻‍♂️
R.I.P. career. pic.twitter.com/xNMSmLLFor