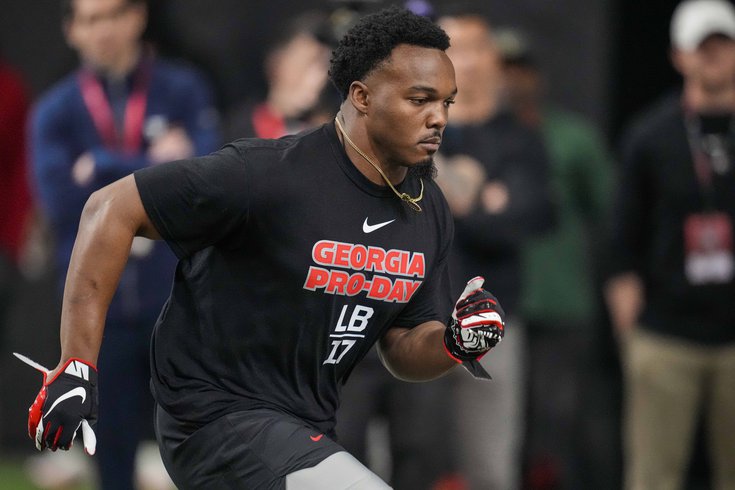 The Eagles got a beast of a linebacker in the third round.

With the 83rd pick of the 2022 NFL Draft, the Philadelphia Eagles selected Georgia linebacker Nakobe Dean.

Dean patrolled the middle of the field in Georgia's smothering, national championship defense in 2021. He's undersized, and while he did not work out at the Combine or Georgia's pro day, he's explosive on tape. Dean can cover running backs out of the backfield and blitz in the passing game. Against the run, he can either slither through blocks and make tough tackles in the box, or in pursuit outside of the tackles.

Dean is a three-down linebacker who can bring juice to the Eagles' defense in the middle of the field, where, oh by the way, they got destroyed in 2021. He was considered by many to be a first-round talent, but he unexpectedly fell to the third round because of injury concerns, as explained here by Ian Rapoport of NFL Network.

One of the biggest surprises through two rounds is that #Georgia star LB Nakobe Dean has not been selected. The injury to his pec is one reason why. pic.twitter.com/JIaePTzHrQ

It is unclear at this time how serious Dean's injury is, and how long a potential surgery will keep him out of action. However, if he can eventually get back to 100 percent, whenever that is, this has the potential to be an absolute steal in the third round.