Construction on historic Family Court building to begin in June

The Logan Square landmark will be redesigned as a hotel 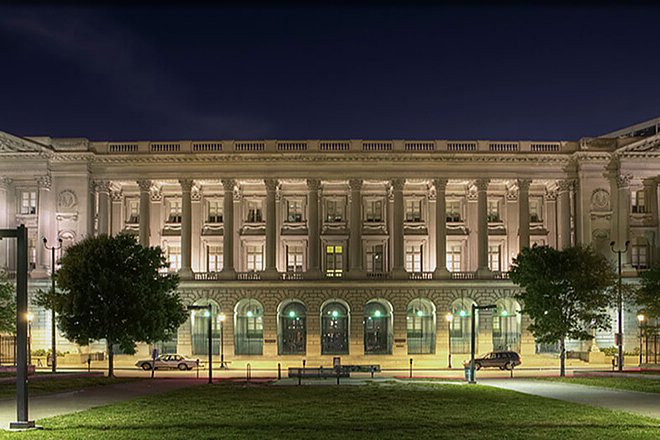 Renovations to convert Philadelphia's former Family Court building, 1801 Vine Street, into a hotel and event space are scheduled to begin in June, according to developer Peebles Corp.

The Philadelphia's historic Family Court building at 1801 Vine St. could finally be getting a facelift.

It's been almost five years since the Family Court Building moved from the grand building across the street from the Philadelphia Free Library's Central Branch to a new one at 1500 Arch St. Since then there's been ongoing talk of the building being converted to a luxury hotel with more than 200 rooms, a ballroom, and a rooftop lounge – all while the building sat vacant.

Now, after raising an extra $2 million in state and city funding, developers Peebles Corp. is ready to set a start date on construction.

Curbed reported Peebles Corp. is eyeing a June start date for the construction, having collected $3.8 million of their $10 million fundraising goal so far. Despite being short $6.2 million at the moment, executives are confident that the funding will be complete this year.

The facade and the main floor of the site will be preserved through construction, as the building is a historic landmark, which Peebles Corp. originally purchased in 2014.

Work on the impending hotel was stalled, however, when Peebles Corp. was denied a Federal Historic Preservation Tax Incentive benefit. The proposed budget grew from $85 million to $105 million between then and last year, when Peebles received $1.5 million of funding.

If everything goes according to Peebles' plan, construction would begin this June and end in about two years, positioning the new hotel for a mid-2021 opening date.