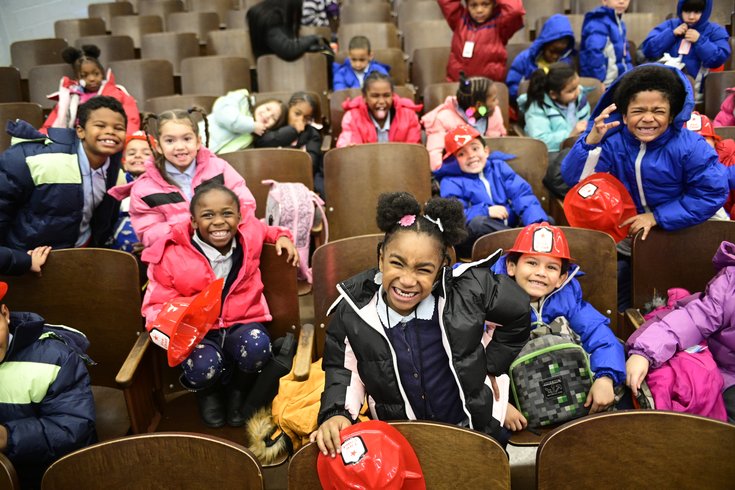 “The International Association of Firefighters voted unanimously at its 2012 convention in Philadelphia to support Operation Warm and Local 22 is proud to be carrying on the tradition with our friends on City Council and Eddie Alvarez,” said Local 22 President Mike Bresnan. “Nothing is more heartbreaking than seeing children shivering on their way to school because they don’t own something as basic as a warm winter coat. We hope people will open their hearts and their wallets, so that we can give Philadelphia children a Christmas gift of warmth in the form of a new winter coat they can call their own."

Below are photos from the event. 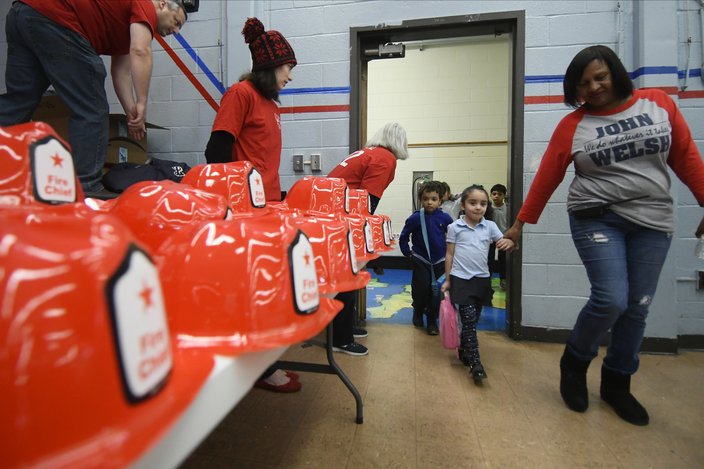 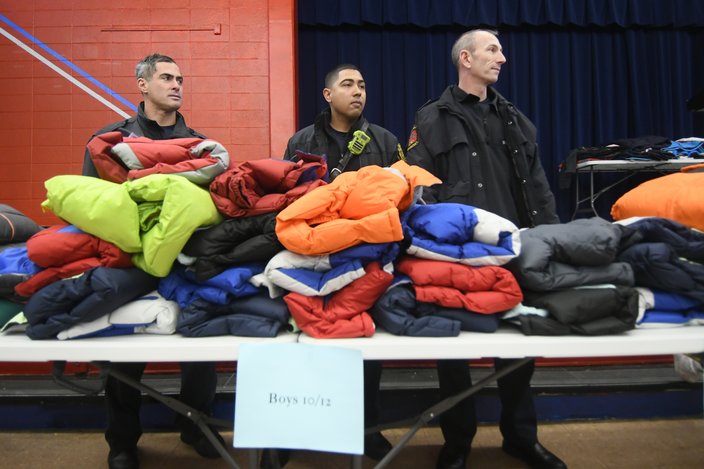 Officers and members of the Philadelphia Firefighters & Paramedic Local Union 22 prepare to distribute coats to students. 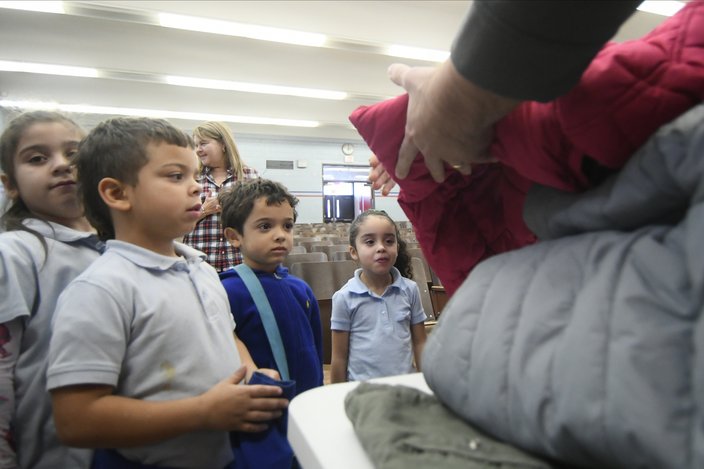 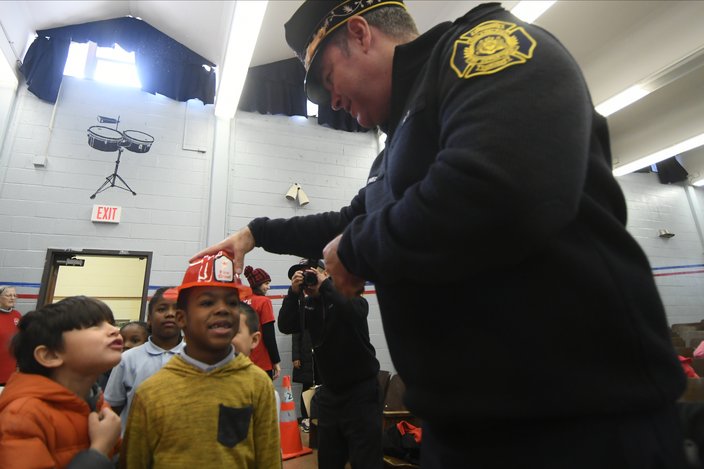 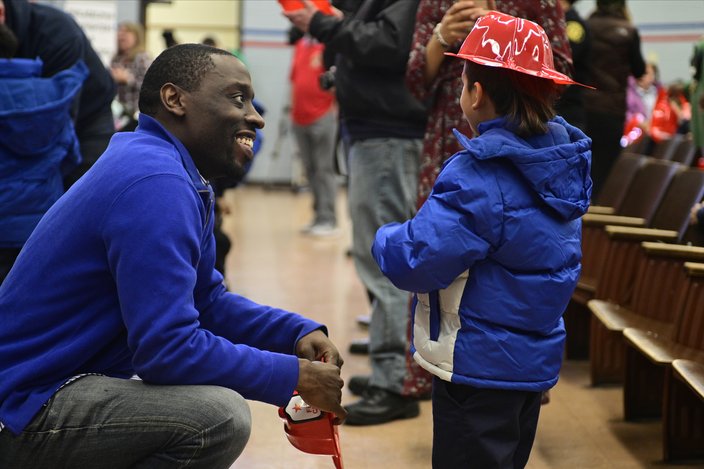 Councilman-Elect Isaiah Thomas chats with a student who received a new coat at the event. 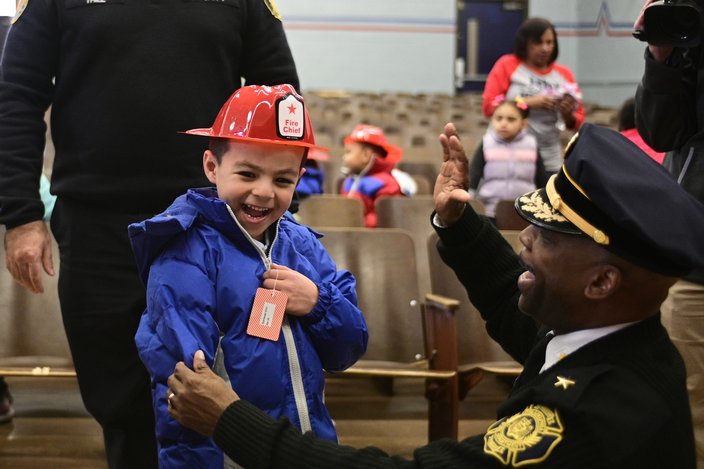 A student receives a warm coat and high-five during the coat giveaway. 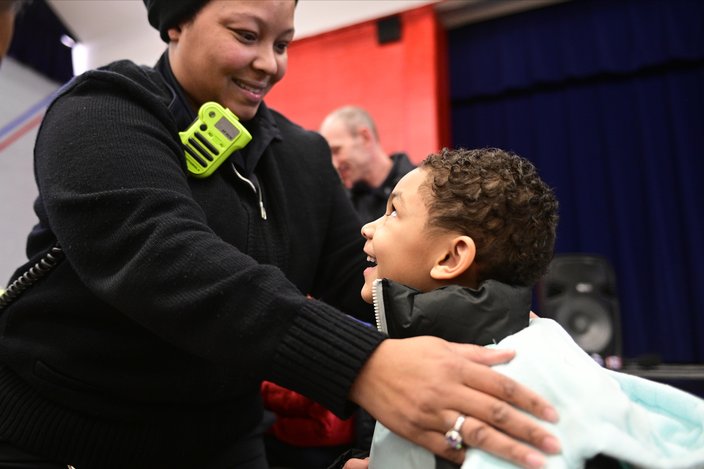 A paramedic helps a student try on a new winter coat at the giveaway event.