The U.K. recently imposed simplified travel guidelines for those arriving from outside the country 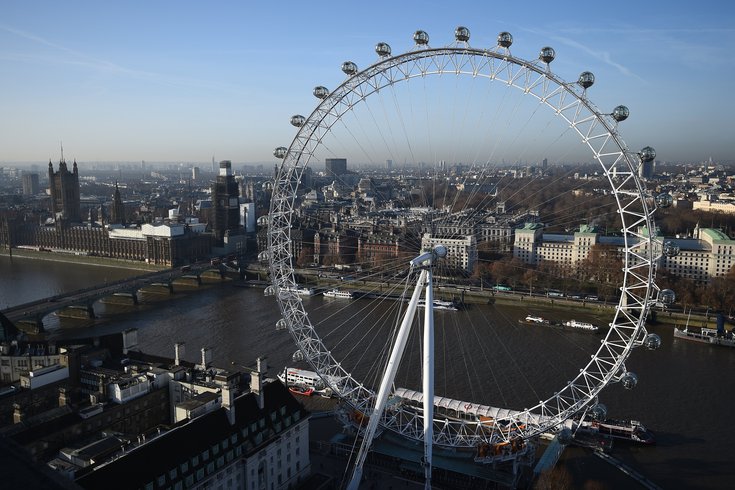 The Philadelphia International Airport resumed more of its services to London's Heathrow Airport this week, following the eased travel guidelines issued by the United Kingdom.

The Philadelphia International Airport resumed four nonstop flights to the London Heathrow Airport this week as COVID-related travel restrictions have eased between the two countries.

American Airlines and British Airways are the only airlines that fly nonstop between PHL and Heathrow.

British Airways paused all flights to and from Philadelphia and London in mid-March 2020, PHL spokesperson Heather Redfern said Thrusday.

The airline resumed its service at PHL three times a week between September and January before halting service again during the second wave of COVID-19 infections during the fall an winter. As of this week, the airline is flying four non-stop flights between the two airports.

Starting today, @British_Airways will fly nonstop four times a week between #PHLAirport and @HeathrowAirport. If it’s been some time since you’ve landed at Heathrow, check out the airport’s Fly Safe program, https://t.co/fDdid8z3lC. pic.twitter.com/kJ1ZJsjzll

American Airlines had resumed its daily service to and from London at the end of March 2021.

"The airport is working continuously with air carriers to add frequencies in key markets when demand warrants," Redfern said. "The United Kingdom is one of PHL's biggest markets and top priorities as international travel begins to reopen."

The U.K. launched a new, simplified travel system last week that has just one list of restricted countries, instead of the stoplight system used before.

Travelers who are fully vaccinated and flying into England must do two things before their flights: 48 hours before departing they must complete passenger locator forms; they also must schedule and pay to be tested for COVID-19 after arriving in England.

To be considered fully vaccinated, at least 14 days prior to departing for England, a person must have received both shots of the Pfizer or Moderna vaccines or have had the single dose of the Johnson & Johnson vaccine.

Those not fully vaccinated must take COVID-19 tests within three days before traveling to England and book and pay to take COVID-19 tests on their second and eighth days in the country. Once passengers arrive in England, they must be quarantined for 10 days.

Face coverings are still required at Heathrow and social distancing is enforced.