NASA rocket launch will be visible over Philly before dawn Saturday 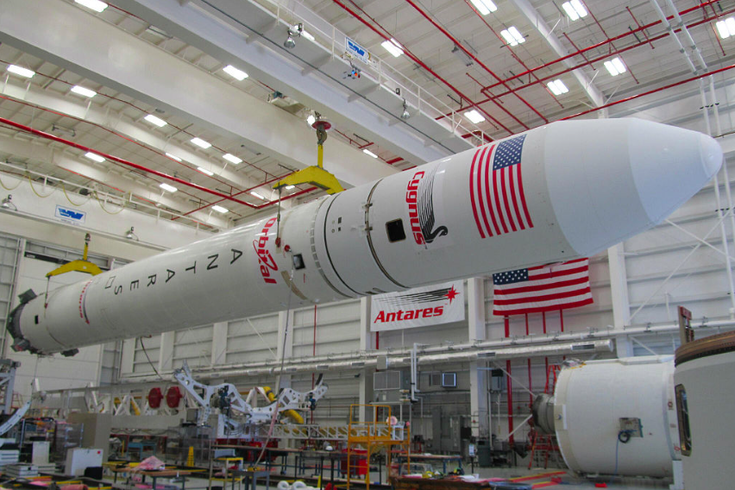 If you're willing to set an alarm or still haven't ended your Friday night by 4:01 a.m., you'll be able to see the rocket from Philadelphia as long as skies remain clear, as expected.

The Wallops mission aims to bring Northrop Grumman's Cygnus cargo spacecraft to the International Space Station. The supply ship, set to arrive Monday, will be carrying about 7,400 pounds of crew supplies and hardware.

The map below indicates how long after launch the Anteres rocket will be visible to those watching from the ground. Philadelphia falls within the 120-second ring, meaning the rocket should be visible in the sky shortly after 4:02 a.m. 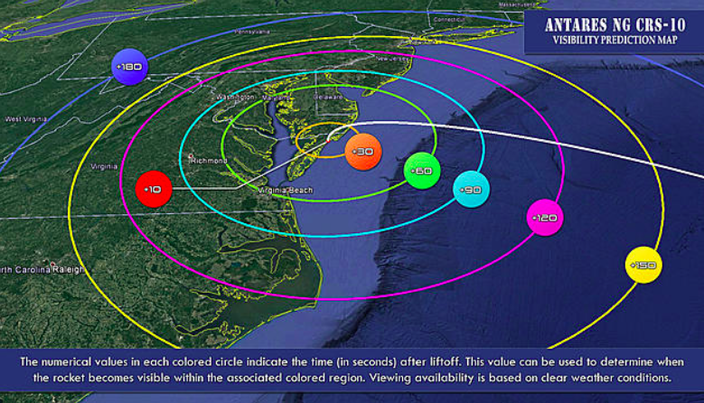 Those interested can also watch the launch on NASA's livestream below.