Instead of just providing her parking ticket information, she got something she definitely did not ask for 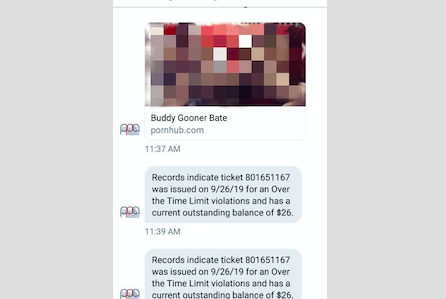 The Philadelphia Parking Authority tweeted a link to a pornographic video to a woman.

The Philadelphia Parking Authority sent a woman with a question about her parking ticket a link to a pornographic video.

Audrey Zee Whitesides told CBS3 she had directed messaged the PPA via Twitter on Tuesday because she misplaced her parking ticket, which she needed to pay the fine online.

MORE NEWS: The Philadelphia Eagles' TikTok has all the behind-the-scenes locker room content you need

A few hours later, Whitesides said someone with the parking authority tweeted her a formal apology message.

There was no word whether the blunder got Whitesides out of paying the $26 ticket.