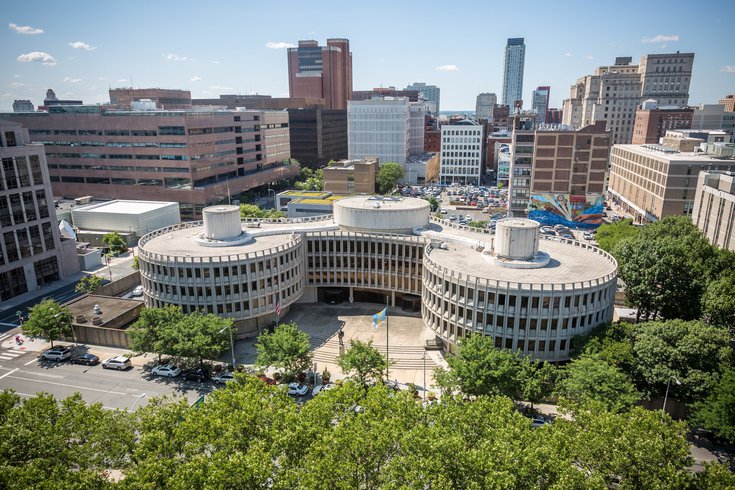 Philadelphia residents now can apply to be part of the new Citizen Police Oversight Commission, which investigates the conduct, policies and practices of the city's police department and its officers. The deadline to apply is Nov. 5, 2021.

Philadelphia residents have the opportunity to be part of a new, independent watchdog panel tasked with investigating the city's police department and its officers.

Composed of nine citizen commissioners from different areas of the city, the CPOC will have subpoena power to compel witness testimony and/or documents and retain its own chief counsel to aid in its investigations into all citizen complaints against the Philadelphia Police Department and its officers.

The commission also will be tasked with investigating all incidents when police officers fire their guns and incidents when someone dies or is seriously injured during an interaction with police.

The agency also will be able to investigate certain internal complaints filed by Philly police officers. According to the City Council ordinance creating the commission, that includes allegations of physical abuse, domestic violence, lying, bribery corruption, intimidation and harassment.

After their investigations, commissioners will have opportunities to recommend disciplinary or policy actions to the department.

"The Commission will increase police accountability and bolster the relationship with (Philadelphia police) and the community — both of which are key to improving public safety," Mayor Jim Kenney tweeted Wednesday afternoon.

Today we opened applications for the Citizen Police Oversight Commission. The Commission will increase police accountability and bolster the relationship with @PhillyPolice and the community—both of which are key to improving public safety. Apply by Nov. 5.https://t.co/nPD0RFRbCu

The online application says commissioners will be appointed by a selection panel for two- or four-year terms. Applicants must be Philadelphia residents and cannot have worked as a Philadelphia police officer for at least the past five years. People who are current members or were members of a municipal or state police union during the past five years will also not be eligible for appointment.

In order to have different parts of the city represented on the commission, the selection committee will not allow two residents from the same police district to join the board. Commissioners are prohibited from seeking or holding elected positions and are forbidden from making monetary donations to political candidates or incumbents in the city and Pennsylvania.

Applicants should expect to commit anywhere from 20 to 25 hours per month working on the commission, which will meet twice monthly and require members to participate in "classroom style and experiential training" as part of their work, the online application says.

Commissioners will not be paid city employees but will receive a $125 stipend from the city per official hearing and bi-monthly meetings "in recognition of their duties," according to the online application. They may be asked to submit state and city financial disclosures.

The online application says residents with criminal histories and those who have navigated the criminal justice system in the past are "strongly encouraged" to apply. Other qualities the selection panel is looking for in applicants include community involvement, analytical and objective thinking, commitment to transformative change, diversity and knowledge of data sharing, technology, communications and privacy law.

Applicants who are on the cusp of being approved by the selection panel will undergo a background screening before the approval is finalized. The selection panel's nine nominees must be confirmed to the commission by a City Council vote, which is still likely months away.

"The selection panel will only be reaching out to individual candidates who have moved to the next round of review," the online application says. "Other interested candidates will only receive notification once the process has concluded."

The selection panel, which was created by Kenney and City Council, includes:

In the 2020 election, Philly voters overwhelmingly approved a ballot measure allowing City Council to create the CPOC. Council passed a measure establishing the commission in May, and its creation was finalized with the approval of the city's latest contract with FOP Lodge 5 in mid-September.