State Rep. Jake Wheatley tried to pass similar legislation in 2020, but it failed in the GOP-controlled legislature 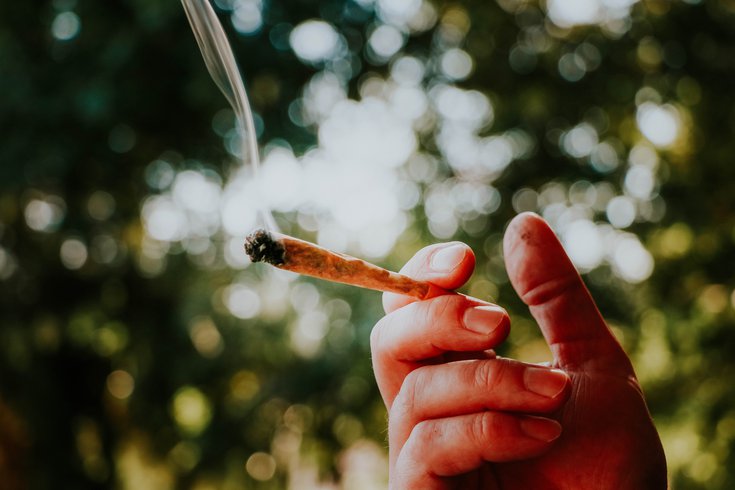 New legislation would legalize recreational marijuana use in Pennsylvania for people age 21 and over. The bill would create a permitting process for growers, processors and dispensaries in addition to a 10% wholesale tax on business-to-business transactions.

State Reps. Jake Wheatley and Dan Frankel, both Democrats from Allegheny County, on Tuesday introduced legislation that would make it legal for anyone age 21 and older to purchase and consume cannabis for recreational purposes in Pennsylvania.

The legislation, House Bill 2050, bears the same name as a failed marijuana legalization bill that Wheatley introduced in 2020. Several previous bills also have failed to gain traction in the GOP-controlled legislature.

"Now, more than ever, Pennsylvania needs to create jobs and industry; what better way to do that than to create a brand new industry?" Wheatley wrote to colleagues in a memorandum announcing the bill.

HB 2050 would create a permitting process for growers, processors and dispensaries in addition to a 10% wholesale tax on business-to-business transactions. Renewal fees would be based on gross revenue, meaning companies bringing in the most money would pay the highest renewal fees. Wheatley said growers and processors who partner with existing Pennsylvania farms would not be required to pay the wholesale tax.

Consumers, meanwhile, would pay graduated excise and sales taxes beginning at 6% for the first two years. Over the next two years, the taxes increase to 12% and then 19% for each year after.

I've introduced a bill to legalize the adult use of cannabis. Not only would it create jobs and generate much-needed revenue, but it would also eliminate the aggressive enforcement of simple marijuana possession laws in marginalized communities. pic.twitter.com/Nfd0qhk0hL

The legislation also would create the so-called "Cannabis Clean Slate," which calls for the expungement of records of nonviolent drug offenders and their subsequent release from prison. Revenue collected from the sales tax also would fund small, minority and women-owned businesses in Pennsylvania to "to help disadvantaged populations benefit from this new industry," Wheatley wrote in the memorandum.

"Failed cannabis policies of the past have resulted in the worst of all possible worlds: insufficient protection of the public health, aggressive enforcement that disproportionately harms communities of color and zero revenue for this commonwealth," said Frankel, the Democratic chair of the House Health Committee. "With this legislation, Pennsylvania can begin to repair the historical harms and reap the benefits of a fact-based approach to regulating the cultivation, commerce and use of cannabis for adults over 21 years old."

If HB2050 becomes law, Pennsylvania would join 18 states, including New Jersey and New York, and the District of Columbia to legalize marijuana for recreational use, according to a June report from the the National Conference of State Legislatures.

Pennsylvania legalized medical marijuana in 2016. Thirty-five other states have done so.

If HB2050 is approved, the Pennsylvania departments of Revenue, Agriculture, Health and attorney general's office would be tasked with overseeing and regulating the program, according to a report from Marijuana Movement. On Tuesday, Attorney General Josh Shapiro tweeted his support for legalization on one condition.

"We must simultaneously expunge the records of those serving time for non-violent marijuana convictions — and that is non-negotiable," Shapiro wrote.

But let me be clear: We must simultaneously expunge the records of those serving time for non-violent marijuana convictions — and that is non-negotiable.

Wheatley and Frankel's effort came after state Sens. Sharif Street, a Democrat from Philadelphia, and Dan Laughlin, a Republican from Erie, announced their intentions to draft legislation legalizing cannabis statewide earlier this year. Their bill has yet to be formally introduced, however.

Gov. Tom Wolf in June signed a bill expanding access to medical marijuana. In February, he said legalizing recreational marijuana was a priority heading into budget negotiations with lawmakers, but his formal spending request did not mention the policy change, according to Marijuana Movement.