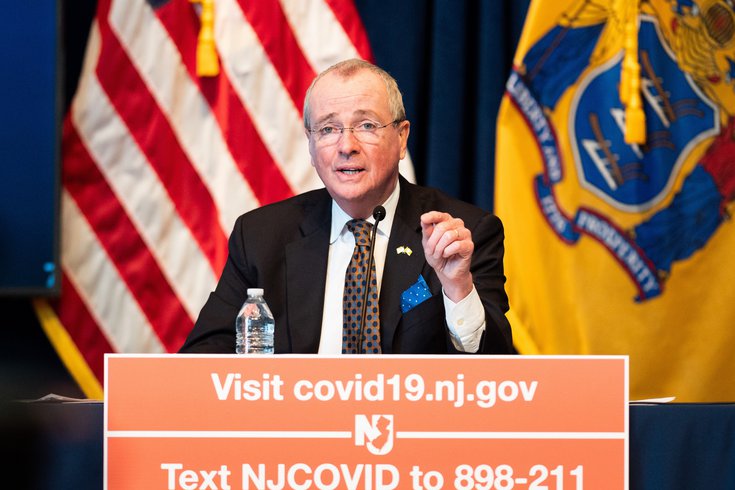 New Jersey is offering $500 bonuses to residents who return to full-time work at small businesses in the state, as well as incentives for businesses that provide on-the-job training.

Unemployed New Jersey residents who head back to work could be eligible to receive $500 bonuses from the state.

The New Jersey Department of Labor and Workforce Development rolled out the Return to Earn program on Monday. It pays $500 to people hired by businesses with 100 or fewer employees.

The program also is intended to benefit small businesses, recovering from the COIVD-19 pandemic. These employers are eligible for wage reimbursements up to $10,000 if they hire and train workers with skills gaps. The positions must pay at least $15 an hour, and the subsidies will cover half the new employee's wages for six months.

Workers will get their $500 bonuses added to their first paychecks on top of any incentives offered by their employers. Only full-time employees are eligible.

New Jersey allocated $10 million from the American Rescue Plan Act to fund the program, though Gov. Phil Murphy said there is potential for expansion if it proves successful.

"The Murphy Administration is committed to doing everything we can to help our workers and businesses overcome the labor challenges of the economic recovery," Department of Labor Commissioner Robert Asaro-Angelo said. "... The pandemic may have put our workers through the ringer, but this Administration is prepared with the tools to get every Garden State worker back on track and earning a steady income."

"Providing wage replacements will remove the burden of training new employees while also developing our state's talent pool at a time we need it most," said Cruz-Perez who is also chair of the New Jersey Senate's Economic Growth Committee.

The state particularly is experiencing labor shortages among bus drivers, trash collectors and restaurant employees over the past few months.

New Jersey's unemployment rate has sat at 7.2% for the last four months, according to data from the U.S. Bureau of Labor Statistics. While that number is down from the pandemic-peak of 16.8% in April 2020, it still remains one of the highest state unemployment rates in the country, alongside New York (7.4%), California (7.5%) and Nevada (7.7%).

Employers can fill out a form online to receive an application to participate in the program. Workers can register for one-on-one virtual career services online as well.

New Jersey is not the only state to dole out return-to-work bonuses. Connecticut is paying $1,000 bonuses to unemployed people who returned to work.

The Federal Pandemic Unemployment Compensation program, which is part of the CARES Act, expired earlier in September. That program began shortly after the COVID-19 pandemic, and initially provided people receiving unemployment benefits with an additional $600 per week. That sum was eventually reduced to $300 per week.