Philly has the best roads in the country, according to AI study of major US cities 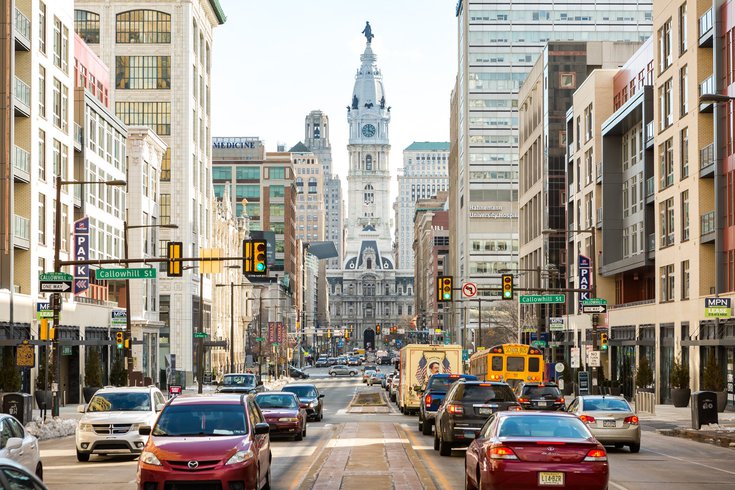 Philadelphia topped a recent study of roads conducted by the U.S. Chamber of Commerce. The study used artificial intelligence to assess road conditions in 20 major metropolitan areas around the country.

Philadelphia's roads — those in Center City, at least — are the best in the country, the U.S. Chamber of Commerce determined by using artificial intelligence to survey conditions in 20 metropolitan areas.

Here's how the study worked: Analysts with Pittsburgh-based RoadBotics mounted smartphones to cars' windshields and drove roughly 75 miles through cities across the country. The phones' captured video of pavement, from which artificial intelligence identified potholes, cracks and other distresses. Cities were then ranked based on an aggregated score.

The survey of Philly spanned only 72 miles of the 2,575 miles that comprise the city. Cars traveled as far south as Catharine Street in Bella Vista and as far north as Wylie Street in Francisville. Fifth Street served as the eastern boundary, and cars went as far west as Pennsylvania Avenue just past the Museum of Art.

"The areas were chosen to correspond to the downtown area," the Chamber of Commerce said in its report. "Therefore, the data analyzed does not reflect the entirety of any city."

Translation: Philadelphia's spot on the rankings could have been very different — or nonexistent — had the cars traveled outside Center City onto roads that are not as frequently maintained. The city's chief highway engineer, Steve Lorenz, told the Inquirer in March that crews had filled about 15,000 potholes less than three full months into 2021.

"As the largest city in Pennsylvania, Philadelphia’s Metropolitan Statistical Area (MSA) is home to over 6 million people. As a major city on the heavily traveled I-95 corridor, Philadelphia’s transportation infrastructure is critical to the movement of people and goods in the mid-Atlantic region. The analysis of 71 road miles in Philadelphia scored the highest of all cities in our analysis with an overall score of 1.74, indicating the well-maintained street surfaces. This score may be attributed to a high average revenue per capita value of $1,145."

The Chamber of Commerce said its survey was conducted to "better understand the relationships and patterns of road conditions" as more people begin commuting to work in downtown business districts after a year at home due to the coronavirus pandemic. Benjamin Schmidt of RoadBotics told WHYY the evaluation process was "very objective."

"You’ve probably had good drives through the city of Philadelphia where nothing happened; you didn’t get stuck in traffic; you didn’t see a pothole but those are not going to come to your mind about your experience," Schmidt said. "What you will definitely remember is slamming into that pothole, that’s a selection bias."

Rounding out the top five were: Jacksonville, New York City, Denver and Nashville. To see the full rankings, click here.