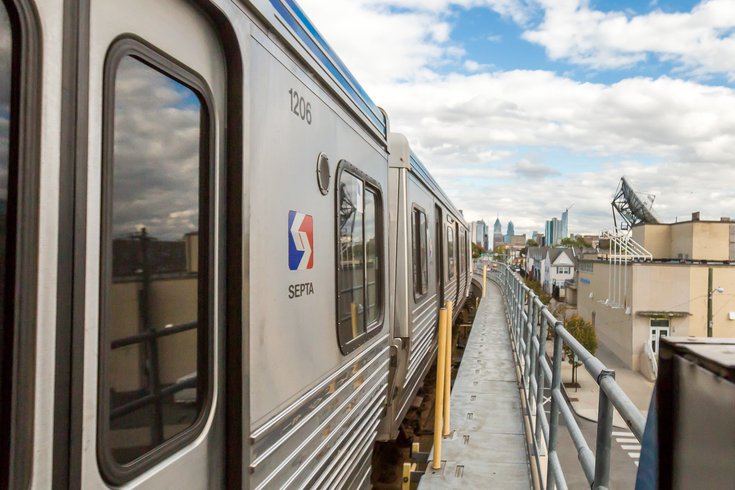 A private security guard working at SEPTA's Arrott Transportation Center is under investigation after he was caught on video beating a man at the station's turnstiles, a spokesperson told PhillyVoice.

SEPTA police are investigating after one of the transit authority's private security guards was caught on camera beating a 51-year-old man at the turnstiles of the Arrott Transportation Center in Frankford on Tuesday afternoon.

SEPTA spokesperson Andrew Busch told PhillyVoice that the security guard, an employee of Allied Universal Security Services, and the man were engaged in a "verbal argument" around 1:30 p.m. Tuesday before any punches were thrown. WHYY is reporting that the incident stemmed from a "fare evasion," but video of the incident posted to Twitter does not show the man entering the station without paying.

"We are not sure yet why they were arguing, so we are trying to learn more about that as the investigation moves forward," Busch told PhillyVoice.

Warning: The video below may be graphic to some viewers.

The security guard, who has not yet been identified, left his post "immediately after the incident" and before police arrived at the scene, according to Busch. The 51-year-old man was taken to Temple University Hospital for treatment of injuries Busch said were not life threatening.

It's unclear as of Wednesday afternoon if the security guard will face criminal charges stemming from the incident. SEPTA will not allow him to work on its system again, Busch told PhillyVoice.

The incident happened just weeks after SEPTA told PhillyVoice it extended its contract with Allied Universal Security Services to station unarmed security guards along the Market-Frankford Line — from 15th Street Station to the Frankford Transportation Center — between 6 a.m. and 6 p.m. In April 2020, SEPTA agreed to a $1.5 million contract with the private security company to place guards along the MFL for 90 days.

Although Busch said data showing the guards' effectiveness is not yet available, the Inquirer reported it appears they have "helped to deter fare-jumping" at stations.

"We feel there's a continued need to have some security guards supplement or augment what we already have with our SEPTA transit police officers," Busch told PhillyVoice when the contract with Allied Universal Security Services was extended. "The security guards help give us a visible presence, helps enhance security and [help] with more people coming back."