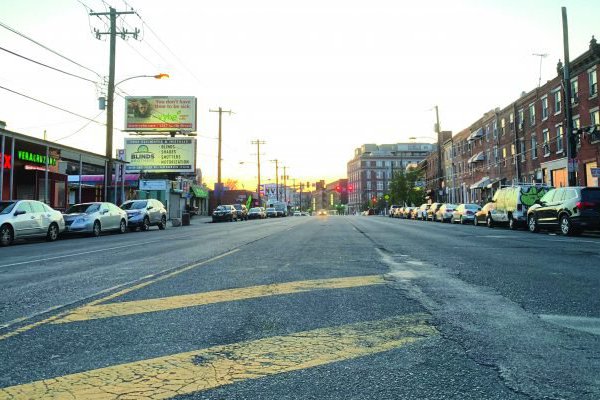 Washington Avenue in South Philadelphia was set to undergo major changes, including lane reductions, this summer. But the project has been delayed at least a year due to 'funding and scheduling impacts of COVID,' a city spokesperson says.

A major overhaul of Washington Avenue that will reduce most of the dangerous South Philadelphia road from five lanes to three was supposed to begin this summer. Instead, the federally-funded project has hit a speed bump.

The revamping of Washington Avenue has been delayed at least until 2022 due to "the funding and scheduling impacts of COVID-19," a city spokesperson told PhillyVoice on Monday.

After months of seeking feedback on proposals for reimagining the corridor, the city in 2020 chose a layout that includes three driving lanes, two parking lanes and two parking-protected bike lanes.

"We now fully expect that paving (Washington Avenue) will take place in 2022," the city spokesperson said. "To take advantage of that time, the administration has continued our engagement with community stakeholders and elected officials to capture additional neighbor feedback as we refine our traffic safety concepts."

Roughly 71% of the 5,400 residents, businesses and community organizations that weighed in on overhauling Washington Avenue were in favor of the approved plan, which is pictured on the map below.

When construction is finished, Washington Avenue will run three lanes wide from Grays Ferry Avenue to 16th Street and from 12th Street to Fifth Street, as seen in green. Due to high vehicle traffic around Broad Street, the stretch from 15th Street to 13th Street (yellow) will remain as is. Four-lane transitional cross-sections (blue) will connect the three- and five-lane sections. Areas east of Fourth Street to Columbus Boulevard will be covered by another streetscape improvement project led by the Delaware River Waterfront Corporation.

Traffic signals along Washington Avenue will be reprogrammed as part of the project to optimize vehicle flow in areas with less lanes for travel. SEPTA Route 64 buses also will have "floating islands" to make it safer for riders to enter and exit the vehicles, reducing interaction with cyclists.

But now it'll be another year until residents see the long-awaited changes become a reality.

"Every year we don’t fix it is another failure," tweeted Dena Driscoll, a mother and member of the urban activism group 5th Square. "Somebody is going to get killed."

Another Twitter user, Aaron Bauman, replied to Driscoll's tweet with a link to a GoogleDrive that contains presentations on improving Washington Avenue dating back to October 2013.