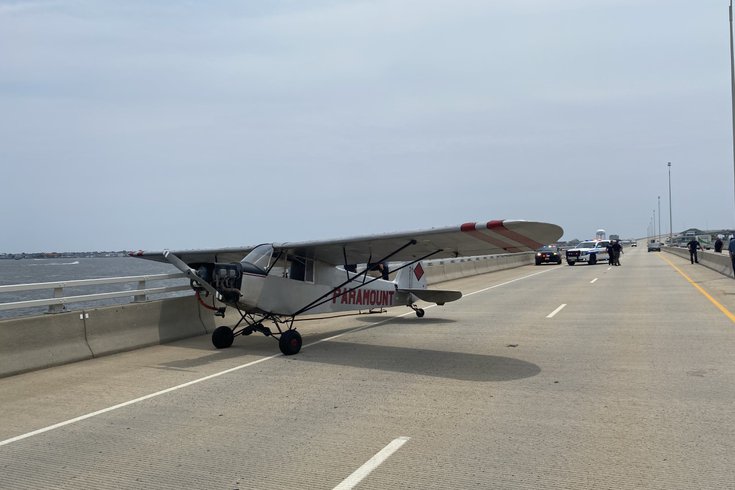 A small plane made an emergency landing Monday, July 19, 2021, on the Route 52 causeway between Ocean City and Somers Point, according to police.

A small plane pulling a banner at the Jersey Shore made an emergency landing Monday afternoon on the Ninth Street Bridge in Ocean City.

No one was injured, and no damage was done when the plane landed in the road between Ocean City and Somers Point, according to Officer Doug Bergen of the Ocean City Police Department. Emergency crews responded to the scene just after 12:30 p.m.

The pilot, Landon Lucas, told authorities that the plane began having engine trouble while he was flying near Steel Pier in Atlantic City. The 18-year-old, who was flying for Paramount Air Service, released the plane's banner into the ocean. He was headed toward Ocean City Municipal Airport when he noticed a gap in traffic on the westbound lanes of the Route 52 causeway, Bergen said.

After the plane's unorthodox but smooth landing, crews worked to remove its wings and will tow it away, police said. An investigation into the cause of the emergency landing is underway.

As of 2 p.m., both bridge lanes into Ocean City had reopened to traffic, and a single outbound lane was open. 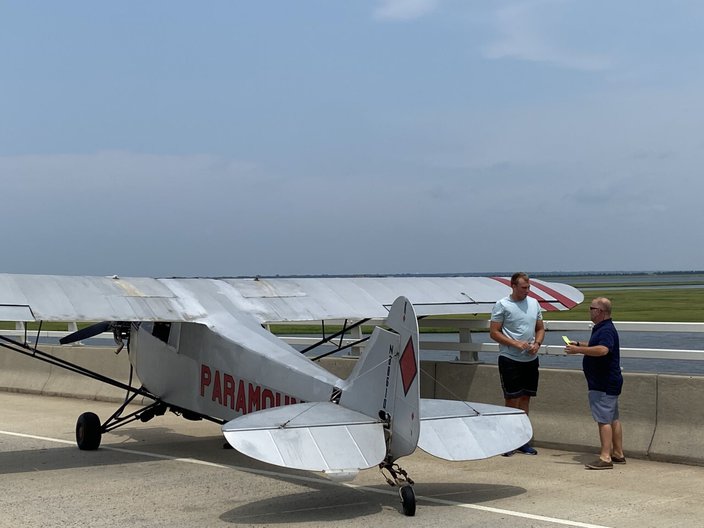