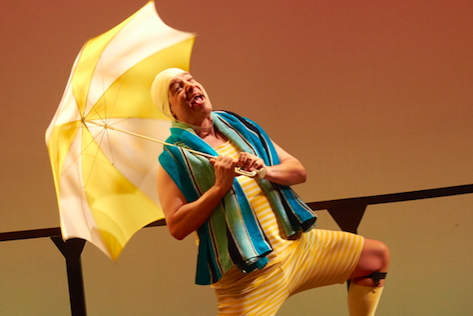 The Philadelphia Shakespeare Theatre just wrapped up its 20th year of production, but a 21st is not on the horizon.

Artistic/Executive Director Carmen Khan announced Tuesday that the theatre will suspend productions for the year and leave its current location at the Lutheran Church of the Holy Communion in Center City.

Rising overhead costs and rent, a lack of support from donors and a need for recovery after a recent surgery were factors in the decision, wrote Khan in a statement.

The theatre will not shut down entirely, but instead will focus on educational residency and tour programs.

"As my health is restored and as individual and corporate support continues to grow and a more appropriate permanent location is found, we will again be honored to entertain you on the public stage," says Khan.

The theatre's last production was "Twelfth Night" on May 22.