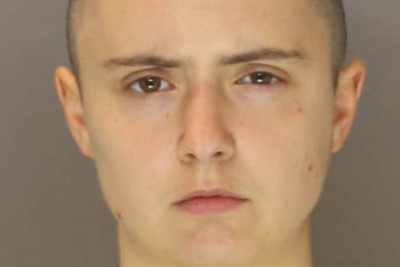 A Philadelphia woman was arrested and charged Saturday after she allegedly hit a state police horse with a flagpole topped with a nail during a rally at the state Capitol in Harrisburg.

Lisa Joy Simon, 23, is accused of using a flagpole that had about a half-inch of a silver nail sticking out of the top to strike a state police horse named Sampson in the side of his neck, Harrisburg police said.

Authorities said a mounted state police corporal was trying to move the crowd onto the sidewalk when Simon struck the horse.

Simon then resisted the Harrisburg police officers who tried to arrest her, police said.

The trooper and the horse continued working with minimal injury, police said.

PennLive.com said other protesters were seen carrying weapons such as sharpened bamboo poles and baseball bats.

She was taken to Dauphin County prison in lieu of $100,000 bail, and a preliminary hearing is set for July 6, according to PennLive.