Do Phillies deserve to have any All-Stars this summer? 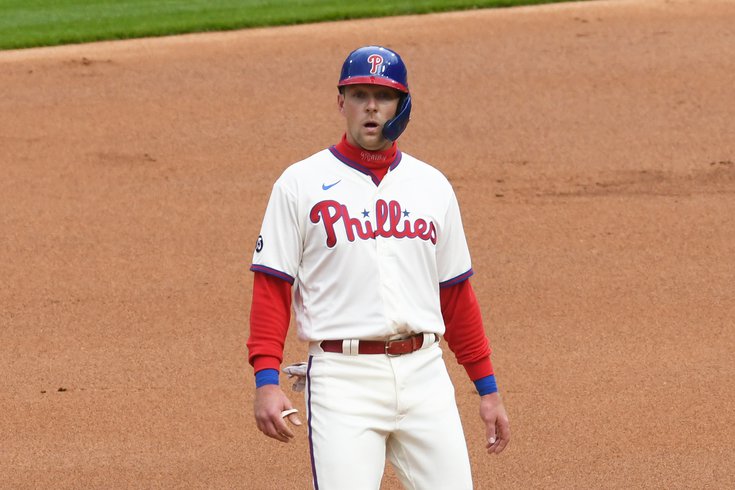 The Phillies continue to lose in mesmerizing ways, and are making it hard for fans to find optimism for their ability to contend this season.

But do their team-wide misadventures, like this one, make it less likely that they'll send more than one player to the Mid-Summer Classic in Denver on July 13?

Zack Wheeler is the leading candidate to represent the Phillies in the All-Star Game, and if the team gets just one player in the exhibition game, chances are fans will see their ace pitching an inning or two for the National League.

Wheeler, in addition to clearly performing at a higher level than nearly anyone else on the team, has the accolades and stats to deserve his first trip to the ASG. Here is how he measures up against other pitchers in the league:

The 31-year-old is in the top 10 in pretty much every single category, and he has faced more hitters (319) than anyone else in the NL while doing so. Somehow, despite the stellar play he's displaying, Wheeler is just 4-3 in his 12 starts. That's due to a near league-worst run support of 3.8 runs per game.

"I don't think about that when I'm out there honestly," Wheeler told reporters late Friday after losing a game that saw him pitch eight innings in. "I hear it from you guys, I hear it from other people but it's not in my mind at all out there, my goal is to go out there and put up zeroes, whether we score 20 or zero. I think that's the best way to go out there and deal with that. There's usually like one guy on every staff it happens to, it just happens. It's not on them, it just happens sometimes. It's baseball, it's unfortunate. I would like it to be a little different but I know those guys are out there battling... I have all the faith in these guys. They'll come around."

Hoskins has been one of the few healthy bright spots for the Phillies offense (knock on wood) as the first baseman has played in all 56 games this season and has contributed with the bat to the tune of a .269 average and the team lead in homers (12), runs scored (31) and RBI (34). The NL as a whole is seeing struggles from first baseman, like Freddie Freeman and Anthony Rizzo, so perhaps Hoskins will be able to slide into the slot with continued success.

On paper Realmuto is the best catcher in the NL but injury issues have cost him more than a handful of games. Still, like Hoskins, Realmuto's competition isn't particularly great at the catcher spot and he has handled the pitching staff superbly when in the battery. With the bat, Realmuto is hitting .288 and he leads the Phillies with a .401 on base percentage.

Neris isn't an elite reliever, and Phillies fans know he has weaknesses but his body of work as a whole has been impressive this year if you move past his three losses. He has a 1.96 ERA and 27 strikeouts in 23 innings pitched and has been pretty reliable out of the back of the bullpen.

Clearly the Phillies' second best starter, Nola has been inconsistent but has shone bright as well this season, with a 3.84 ERA in 12 starts that includes his first ever complete game and 78 strikeouts over 70.1 innings pitched (both among the leaders in the NL). Nola may be lagging behind the other starting pitchers vying for All-Star status, but if he dominates like he is capable of dominating in June and early July he could play his way in.

Can you believe it's been three seasons and it's entirely possible that Harper will have zero All-Star appearances as a Phillie? The $330 million man is currently nursing a forearm issue on the injured list but is expected to return sometime in the next week or so. If he plays lights out over the next month-plus leading into the break, it's possible he can earn a spot. In 38 games, Harper is third on the Phils with seven homers and is hitting .274.

Segura has been really good at the plate, but perhaps not so great everywhere else. He's also only appeared in 41 of 56 team games. Is that enough to keep him off of Coors Field for the All Star Game? Segura leads the Phillies hitting .320 and he also leads the squad in stolen bases. If he adds another 30 or 35 base knocks before the break Segura could make it.

Herrera seized the starting centerfield job and hasn't looked back, delivering clutch hits and making a surprise return to his form before off the field issues cost him his job a few seasons ago. But is his body of work complete enough after his late start to the season?