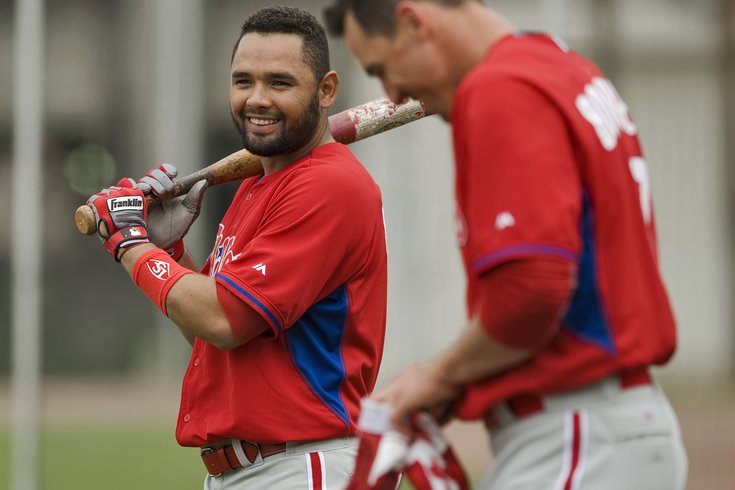 Popular utility infielder Andres Blanco has a new deal with the Phillies.

The deal was first reported by CSNPhilly.com's Jim Salisbury.

With the departures of Carlos Ruiz, Ryan Howard, and A.J. Ellis, Blanco returns as an elder statesmen with leadership qualities into the Phillies clubhouse, a role he’s been lauded for in the last two seasons. He is expected to backup infielders Freddy Galvis, Cesar Hernandez, and Maikel Franco in 2017.

According to the CSN report, Blanco’s one-year deal is worth $3 million. To make room for Blanco on the 40-man roster, left-handed pitcher David Rollins was designated for assignment.

Shaffer, a 25-year-old, right-handed hitting corner infielder, was traded to the Mariners in a multi-player trade with Tampa on Nov. 18. He hit .213 with five home runs in 51 major league games with the Rays in the last two seasons.

To make room on the 40-man roster, the Phillies granted right-handed pitcher Phil Klein his release. Klein is pursuing an opportunity in Asia, per the Phillies.