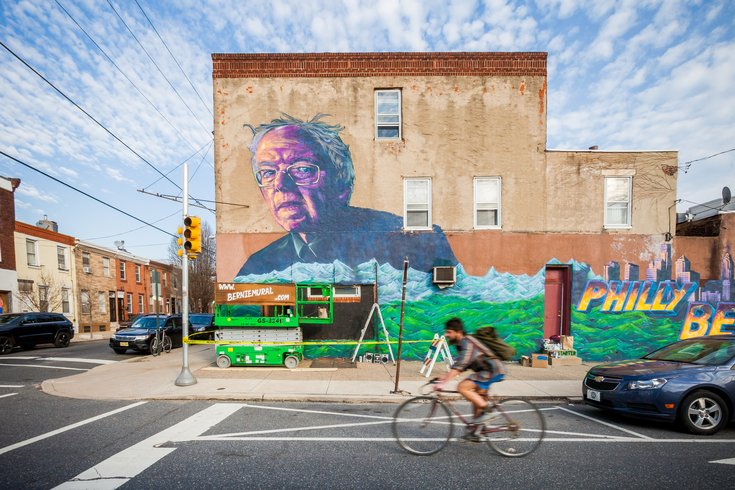 What is it about presidential candidate Bernie Sanders that seems to inspire local artists? Earlier this month, a mural of the Democratic candidate was painted on the side of building at 22nd and Catherine streets. Now, it's a Philly musician trying to drum up support for Sanders with a new tune.

YahNé Ndgo, who according to her LinkedIn page has previously worked with the state legislature and community organizers in Germantown, released her new song, "Feel The Bern," on SoundCloud this past week.

The song is spliced between clips of Sanders speaking, with Ndgo singing "it's time to burn" — ahem, "Bern" — "corruption down" over a slow and steady beat. It's four-and-a-half minutes long and you can listen to it below.

Sanders has rejected notions that former Secretary of State Hillary Clinton has all but locked up the Democratic nomination, but she's been rolling after scoring several recent primary wins and widening her delegate lead.

But hey, if Sinatra's "High Hopes" for Jack Kennedy helped, maybe "Feel The Bern" can stir up support for Sanders in Pennsylvania's April primary.