In its place: the "Eagles Fan on a Greased Pole" doughnut. 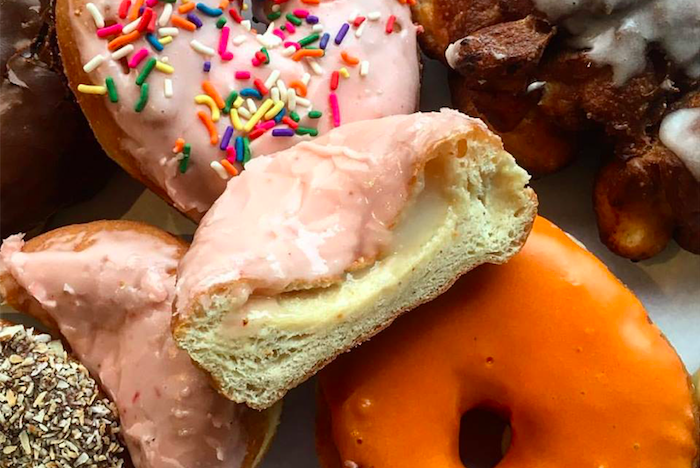 Vegan bakery Dottie’s Donuts is riding high on Philly pride after the Philadelphia Eagles earned a spot in Super Bowl LII Sunday, and its allegiance has no bounds: In the two weeks counting down to the team’s showdown against the New England Patriots, all Boston-themed doughnuts shall be banned from the shop.

Though Dottie's Donuts co-owner Jeff Poleon told Boston.com that his shop hasn't made other New England-theme doughnuts besides Boston cream in the past, they "definitely won't be doing any in the next two weeks."

"No clam chowder donuts," Poleon told the site. "Or a glaze with those Boston baked bean candies on top. Definitely no Gronk Monster Energy-glazed donuts."

Another new addition in honor of the Super Bowl? The special edition "Eagles Fan on a Greased Pole" doughnut, in honor of Eagles’ fans affinity for climbing things in the face of victory.

The Greased Pole doughnut features chocolate dough with a vanilla glaze, plus a dollop of matcha glaze at the top to depict an Eagles fan. Opt for the deluxe edition and you get raspberry vanilla, cookie butter, and matcha pistachio.

Dottie's Donuts has locations in West Philly and Queen Village.