Box arrived at PHL from Italy and was headed to Connecticut 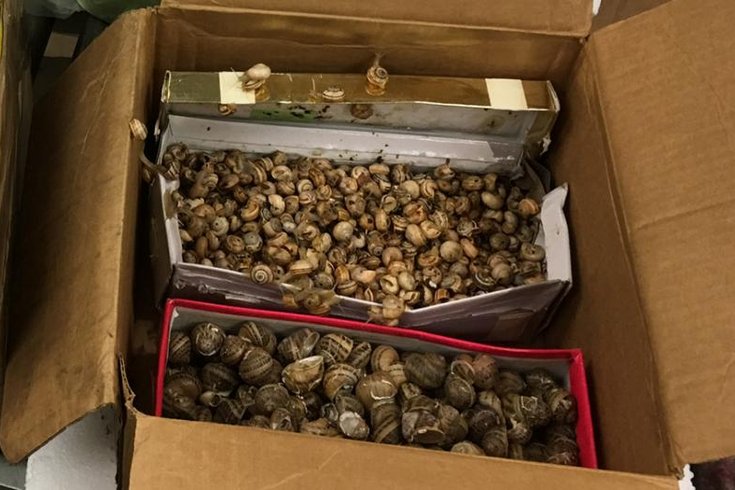 Seven pounds of "chocolate-banded snails" were seized in Philadelphia before reaching its final destination in Hartford, Connecticut.

It's snail mail – for real.

Officials at the U.S. Department of Agriculture later identified the snail species as Eobania vermiculata, better known as "chocolate-banded snails," in a large box that was supposed to contain "shoes and honey" en route to Hartford, Connecticut from Italy on June 2.

The species is native to the Meditteranean region, but is also very invasive, posing a threat to gardens and vineyards, according to the Texas Invasive Species Institute.

Officials have issued the snails' buyer a violation for the package's mislabeling.