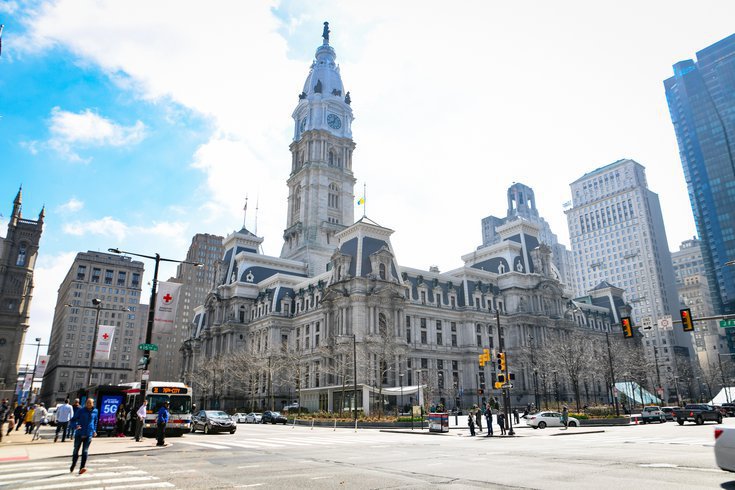 As Philadelphia works on a budget for Fiscal Year 2022, the city is desperately hoping that the next federal stimulus package will provide flexible funding to help offset cuts to local government.

Philadelphia officials are projecting a potential budget gap of up to $450 million for the coming fiscal year, setting up a series of difficult decisions as the COVID-19 crisis enters its second year.

The looming budget gap is detailed in Philadelphia's Quarterly City Managers Report (also embedded at the end of this article), which includes the latest revenue and spending data as of Dec. 31 and financial projections for the 2022 fiscal year.

The projected $450 million deficit is based on the Philadelphia maintaining its current level of services — which would cost about $5.1 billion. The city projects its revenue and available reserves will total just $4.7 billion, due to a dip in tax collections and the depletion of the city's reserve fund during the pandemic.

When Philadelphia's fiscal year ends on June 30, the city expects to have just $29 million in its fund balance. That's down from about $438 million at the end of Fiscal Year 2019. The city hopes to restore its rainy day fund to about $50 million by the end of the next fiscal year.

The Government Finance Officers Association recommends that municipalities maintain a reserve equal to two months of spending, which would be about $800 million for Philadelphia. The city currently has about three days worth of spending in its general fund.

"This pandemic and the economic downturn it caused led to new costs, higher costs for the services we've always provided and a staggering drop in our tax revenues." Mayor Jim Kenney said. "Unfortunately, as we work with the city's economists to look ahead, the picture for the coming budget is bleak."

The projected deficit is smaller than the $750 million hole the city faced during last year's budget talks, but finance director Rob Dubow said the upcoming year will be just as difficult to manage because of the lasting structural problems created by the pandemic.

"Philadelphia could face years of budget stress as the economy recovers," Dubow said. "This will likely require painful budget choices that could make the region’s economic recovery more difficult."

One "ray of hope" could come in the form of President Joe Biden's proposed $1.9 trillion stimulus package, which includes $350 billion in aid to city and state governments. The last $900 million stimulus package that passed in December did not include help for municipalities, and remaining state and local funds from the federal CARES Act passed last March are tied to the pandemic response.

It is unclear what kind of federal allocation Philadelphia would receive from a new stimulus package, but Dubow echoed city and state officials around the country who advocate for local governments to have more discretion regarding how federal aid is used.

"Philadelphia needs flexible federal relief delivered directly to the City to replace lost revenue in order to support core government services and pandemic response efforts," Dubow said. "We're optimistic about the proposed relief package from President Biden, which includes funds for state and local government, but the timing, scale and details of how funds will arrive and can be spent remains undetermined."

The city will propose the FY22 budget in April, a process that normally begins in early March. Officials hope that more clarity will emerge regarding federal aid by that time and that potential philanthropic and non-profit assistance may also reveal areas of government service that will be better protected than others.

"For the coming year, we want to provide quality government services and infrastructure while maintaining the city's long-term fiscal health," budget director Marisa Waxman said. "We need diverse voices and insights to develop a spending plan that reflects the needs of our community."

Waxman added that everything remains subject to review for potential cuts.

"At this point, everything is still on the table," Waxman said. "Unfortunately, we can't sort of ring fence any area. We are continuing to be really thoughtful about where we're going to need to impact, but also like last year, we want to make sure that if there are areas where there are funds from another source, from federal grants and from philanthropy, that are going to step in — basically, if someone else is willing to pay, we'll let them. And that context is really going to influence the general fund budget decisions."

Complications in the year ahead include uncertainties around labor costs as collective bargaining agreements with the city's unionized workforce expire June 30. Concerns about the structural problems of the School District of Philadelphia's finances also loom over the budget process.

From a revenue standpoint, the city is expecting some increase over the current year, but still not back to the level of Fiscal Year 2020, whose final quarter included the first wave of the pandemic. Philadelphia is expecting about $3.45 billion, plus about $480 million from the PICA portion of the wage tax.

In FY20, revenues came in at about $3.5 billion before dropping to $3.3 billion the following year.

"Our revenues are not bouncing back the way that we would hope," Waxman said.

For the upcoming year, city is aiming to do whatever it can to maintain programs that directly impact Philadelphia's most vulnerable residents. A budget equity committee will meet to vet decisions about where allocations may need to change.

"We have asked all departments, as they've submitted their information, to make sure they are outlining the impact on vulnerable populations and on racial disparities in Philadelphia so that we have that information," Waxman said.

The city's budget office also is seeking input from residents about priority services by inviting Philadelphians to take a 10-minute survey sharing how they believe the city should focus its spending.

As the budget takes shape in the coming two months, Dubow emphasized the importance of federal aid.

"What we're really hoping is — not just for us, but for cities around the country — the relief bill helps to lessen whatever actions we have to take," Dubow said. "Whatever budget balancing actions we take won't help the economy recover. We have been really pushing at the federal level for flexible money that helps replace our funds."