Health department says initiative will get underway by late February 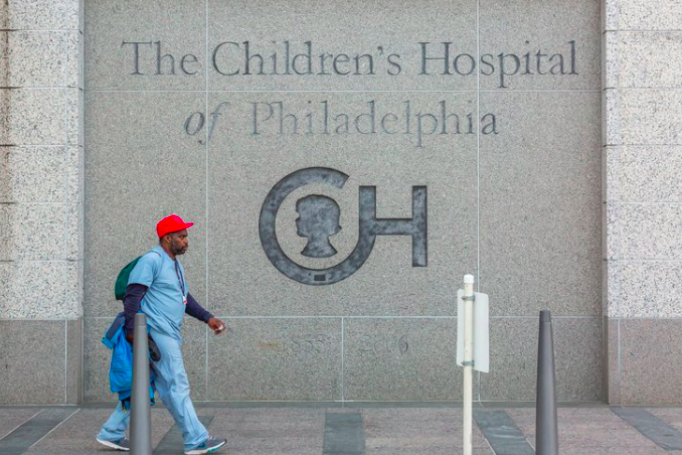 Children's Hospital of Philadelphia is partnering with the city to get Philadelphia's teachers, principals and school staff the COVID-19 vaccine.

The Children's Hospital of Philadelphia has entered an agreement with the city health department to take the lead on administering COVID-19 vaccines to school teachers, principals and staff beginning at the end of February.

The city announced the partnership on Monday, clarifying that it will cover all district, charter, parochial and independent schools in the city. Officials previously confirmed that educators who live outside Philadelphia but work in city schools will be eligible to receive vaccines from the city.

By the end of the month, the initiative will get underway at a number of locations and will expand to pop-up events at school buildings throughout the city. Operational details for the program are still being developed.

"As we near the one-year anniversary of the pandemic, getting children back into classrooms throughout the city is vitally important to their future," Mayor Jim Kenney said. "So I am absolutely thrilled to see Children’s Hospital of Philadelphia stepping up in a major way for our children."

Health Commissioner Dr. Thomas Farley previously has said sign-ups for vaccines will be handled by schools, which will be consulted by the health department about how to inform employees of vaccination opportunities.

The upcoming vaccine program comes amid a standoff between members of the Philadelphia Federation of Teachers and the School District of Philadelphia, which is preparing for about 9,000 students in pre-K through second grade to begin in-person instruction on a hybrid schedule on Feb. 22.

In preparation for this, teachers and staff involved in those grades had been scheduled to return to their classrooms on Monday. But after the teachers union raised questions about the safety to return to some schools, due the ventilation in some buildings, the union instructed teachers not report to their buildings on Monday.

Kenney intervened on Sunday, saying that the 2,000 teachers will not be required to return to school pending a decision by an independent arbitrator looking at the district's safety plan and the union's concerns.

The city school district has conducted classes remotely since the coronavirus pandemic began in March, but about 9,000 students are expected to start a hybrid learning model later this month.

"While I fully support Dr. Hite's plan to have students back in classrooms the week of February 22, this vaccination program will go a long way to easing the concerns that teachers have expressed," Kenney said. "It is imperative that our children get back to in-person learning, and every Philadelphian should be thankful that CHOP is able to offer its resources and expertise for this crucial effort."

The city and CHOP also will be working with early child care providers, including pre-K providers, to sign up staff for vaccinations.

Ron Keren, CHOP's senior vice president and chief medical officer at CHOP, said "We are committed to serving the needs of those in our community, especially children and those who care for their growth and development on a daily basis."

Philadelphia's vaccination efforts remain limited by the unavailability of doses in the city. The health department is in Phase 1B of its vaccination plan, which includes teachers and school staff in addition to other groups of front line workers, people over 75 and people with high-risk medical conditions.