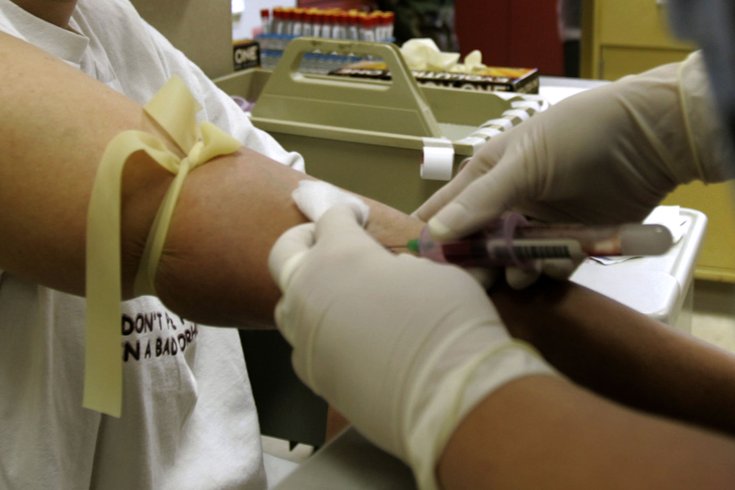 A needle stick for a blood draw.

The U.S. Food and Drug Administration has given marketing approved to a new technology that minimizes the needle sticks dreaded by so many hospital patients.

The medical device, developed by Velano Vascular, a company based in University City and San Francisco, reduces the need for needle sticks for blood draws in the hospital. That procedure, known as venipuncture, is one of the common in medicine, occurring about 350 million times annually in the United States.

The technology is designed to reduce unnecessary pain and anxiety for patients receiving medications and hydration via intravenous (IV) delivery, while aiming to increase the safety of healthcare providers conducting blood draws, the company said. Momentarily repurposing peripheral intravenous catheters curtails the need for more needle sticks to take blood for patients with IVs in place.

"A fundamental benefit of this technology is reducing the 'pin cushion effect', in which hospitalized patients are 'stuck' several times daily to obtain blood tests. Oftentimes, the draw procedure is plagued by multiple failed attempts," said Eric M. Stone, Velano Vascular's co-founder and chief executive officer, and UPenn and Wharton graduate. "The FDA's clearance of this novel technology validates the existing clinical need and will allow us to expedite our efforts to bring this innovation to patients, healthcare providers and hospitals around the world."

According to research conducted by Velano Vascular, one out of every three hospital patients is stuck two or more times daily for blood draws. Many of those patients experience three or more blood draws, with numerous needle sticks. Twenty-eight percent of adult venipunctures and 44 percent of pediatric venipunctures require more than one stick to successfully draw blood, the company said.

On Thursday, the company announced it had closed a $5 million Series A financing round. Investors include First Round Capital and Safeguard Scientifics, in addition to the Children’s Hospital of Philadelphia. It plans to use the proceeds to move into clinical evaluation and early commercialization with select hospital partners.