Controversies have caused some African Americans to shift from the organization

Few contemporary issues have gripped the nation’s social conscience quite like race relations have during the last 12 months.

Repeated police killings of unarmed black men sparked nationwide protests and, in some cases, riots. The Charleston massacre provided a stark reminder that overt racism still exists just days after an NAACP branch leader stirred a debate on racial identity.

“We’re seeing something developing in the land that’s not so good. At the same time, many Americans, particularly, younger generations want to get past the old racial hatred and prejudicial practices. ... It’s a shame to see the country in this kind of condition." – Rodney Muhammad, president, Philadelphia NAACP

These issues will serve as the backdrop when the NAACP’s national convention commences Saturday in Philadelphia. Given the tenor of the nation and an appearance by President Barack Obama, the 106th annual convention provides the NAACP an opportunity to send a pivotal message as the 2016 presidential campaigns take flight.

“We’re really at a crossroads in America,” said Rodney Muhammad, president of the Philadelphia NAACP. “We’re at a time when we don’t want to see the country degenerate into a larger pool of violence that already takes place here. This is a time for pause in America, a time to put the mirror up and for this nation to take a look at itself.”

The convention also presents the NAACP an opportunity to address the resignation of Rachel Dolezal, the Spokane, Washington, NAACP leader whose family claimed she lied about her racial identity. The controversy was the second in little over a year for the NAACP — the Los Angeles branch president resigned in May 2014 after planning to present L.A. Clippers owner Donald Sterling, allegedly caught on a recording making racist statements, a second lifetime achievement award.

Those controversies have caused some African-Americans to shift from the longtime civil rights organization, according to Laniece Williams, a member of the Coalition for Racial, Economic and Legal Justice, the organization that spearheaded the Philly Is Baltimore rally earlier this year in response to the death of Freddie Gray while in the custody of Baltimore police. Unrest followed in that city for several days.

"Credibility is what people trust you on," Williams said. "Once they no longer trust you, they no longer see you as valid. No matter what you say or do, people are going to be skeptical of you — and rightfully so."

But much of the NAACP’s attention likely will be devoted to addressing areas of injustice.

The five-day convention includes a Tuesday address by Obama, who has shown a greater willingness to address racial issues late in his presidency. The delegates also will shape the NAACP’s advocacy agenda during plenary sessions and workshops scattered throughout a schedule featuring myriad events. 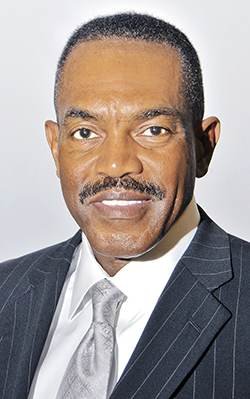 “We’re seeing something developing in the land that’s not so good,” Muhammad said. “At the same time, many Americans, particularly, younger generations want to get past the old racial hatred and prejudicial practices. They seem to want to get past all of that. It’s a shame to see the country in this kind of condition.

“We’re hopeful that America wants to see a nation and people move forward," he said. "Those are the kinds of things the NAACP fights for – the advancement of all of our citizens, that we all get to live in America, participate in the American systems free of these injustices.”

But can the energy that was observed during protests against police injustice translate into an agenda filled with effective policy proposals? And will the outcry witnessed over the last year provide the NAACP a greater avenue to push that agenda?

“I think there will probably be more people who feel politicized and energized because life and death seems to be hanging in the balance in ways that have always been the case, but have been brought home much more acutely,” said John Jackson, dean of the School of Social Policy and Practice at the University of Pennsylvania.

Jackson said the NAACP must determine two factors as it forms its agenda — whether the supported policies will be effective and whether the organization can create the urgency needed to implement them.

“It’s going to be a discussion both about policy but also about politics, how the contemporary political machinery doesn’t seem open in engaging these issues that have teeth,” Jackson said.

Yet, some remain skeptical that the NAACP will capitalize on the advocacy opportunities before it.

Williams, of the Coalition for REAL Justice, said many younger African-Americans involved in the Black Lives Matter campaigns feel the NAACP has not listened to their suggestions calling for stronger policing policies.

Instead, Williams said, the civil rights organization has adopted a helicopter approach, ignoring the ground workers who have pushed the racial issues into the limelight.

Additionally, Williams said the Dolezal controversy served as the final breach of trust for many African-Americans who have become disenchanted with the NAACP. Regaining that trust will require honest internal conversations followed by an open discussion with the community, Williams said.

It remains to be seen how — or if — the NAACP will confront the resignation of Dolezal, who spent years advocating civil rights while identifying herself as an African-American. But her family claims Dolezal misled people, saying their daughter is white.

The NAACP does not limit its membership — or leadership — to minorities, but the controversy caused a media firestorm over racial identity.

D. Zizwe Poe, a history professor at Lincoln University in Chester County, said the NAACP cannot avoid a conversation on Dolezal, who was heavily scrutinized for the way she represented herself. But the NAACP could shift the conversation in its favor, Poe said, by emphasizing that the organization cares more about the policies supported by members, not their racial identities.

“I think that they should go in and rather than ignore [it], talk about the proper way to have done it,” Zoe said. “I think they’re afraid to do it because to give it attention is to bring back the negative press that they had.”

Efforts to reach a national NAACP leader for comment were unsuccessful. Muhammad said the Dolezal situation has not harmed the NAACP’s reputation, stressing that Dolezal — and not the organization — suffered from individual choices she made.

But Muhammad expects the bulk of the NAACP’s conversations to be centered elsewhere during the week. The events of the past year have created a "state of national urgency" and potentially "a pregnant moment in history," Muhammad said, as evidenced by Obama's appearance.

“If America is going to change course, this is the time to do it and not wait until the country sinks into a real national crisis,” Muhammad said. “‘The time to do right is now,’ Dr. (Martin Luther) King always said. These conversations that are taking place around the country. … This is the time for America to take a pause and take a look at her course.”