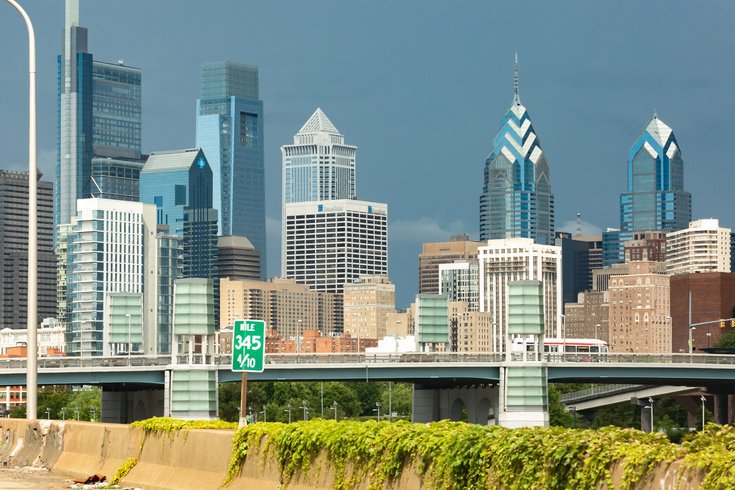 The Philadelphia Department of Public Health reported a daily record of new COVID-19 cases on Friday, Nov. 6, as coronavirus case counts in Pennsylvania and across the United States hit new peaks and hospitalization rates rose.

The city is beginning to see hospitalizations rise along with the surge in new cases, prompting consideration of additional COVID-19 restrictions. Many had been rolled back when case counts plummeted in September.

"We at the city are considering restrictions on activities to prevent more spread," Farley said.

The health department is in discussion with the state, surrounding counties and officials in New Jersey about a coordinated plan to limit transmission of the virus.

"We're certainly looking at a range of options for restrictions that we might want to put in place," Farley said. "Everything is on the table right now. We don't have anything to announce today. We're looking at all possibilities."

The startling case count on Friday is partly a reflection of a large influx of test results that came in this morning — more than 5,300. The test positivity rate for that batch was an alarming 14%, one of the highest marks the city has reported in months, even with vast expansion of testing since the start of the pandemic.

Over the past week ending Oct. 31, Philadelphia averaged 387 cases per day, the highest that figure has been since late April. The test positivity rate over the course of the week was 9.1%, a fourfold increase from late September and the highest since May.

"The increasing case count is being seen in every age group, from children through people in their seventies, and every racial and ethnic group in every ZIP code," Farley said.

In Philadelphia hospitals, 267 patients were being treated for COVID-19 as of Thursday, up from 211 the previous week. The low was about 90 in late September. The city peaked at more than 1,000 hospitalizations on April 24, at a time when outcomes of the infection were generally more severe than they were during the summer.

"We know they can handle many more patients than they are right now, but this is something we'll have to watch closely over the next three months," Farley said.

Seventeen states set records for COVID-19 cases and hospitalizations this week, with the CDC predicting as many as 31,000 more Americans could die between now and Thanksgiving. More than 240,000 people in the U.S. have already died from the virus.

The city has now reported a total of 47,675 COVID-19 cases since the start of the pandemic. Another five fatalities reported Thursday raised the city's death toll to 1,889.

Farley said deaths have increased slightly in recent weeks, and the city expects more people will die in the weeks ahead.

The health commissioner highlighted several stories from contact tracing efforts that indicated how the virus continues to spread.

One woman who attended a funeral was exposed to a family member with COVID-19. A few days later, she was still feeling fine and went to work, exposing five colleagues. She later developed symptoms and got tested, but spent time with two friends and five family members while awaiting results. Many of the 12 people identified as her contacts were later experiencing symptoms.

Another woman went to brunch with five friends and later went to work at a daycare. The woman and three of her friends later tested positive for COVID-19. All of the children and staff at the daycare went into quarantine after they were contacted by the city.

The third example involved a man in his 40s who was exposed to the virus by his mother, who had attended a wedding. Both the mother and the her son developed symptoms, and the son died two weeks later.

Farley reiterated that the virus is spreading in households, small gatherings and social events, and to some degree in workplaces and restaurants. He said the cold weather and typical trends with respiratory viruses suggest cases will continue to rise rapidly ahead of the availability of a safe, effective vaccine.

Because most transmission occurs in private settings, Farley acknowledged that there's only so much that restrictions can do. He urged greater compliance with the city's mask mandate, working from home whenever possible, and avoiding holiday gatherings at all costs, in favor of video conferencing.

"Don't have a get-together after soccer practice. Don't go join friends to watch football on TV. Don't go to brunch with your friends. Don't have baby showers," Farley said. "Stay home as much as you can."