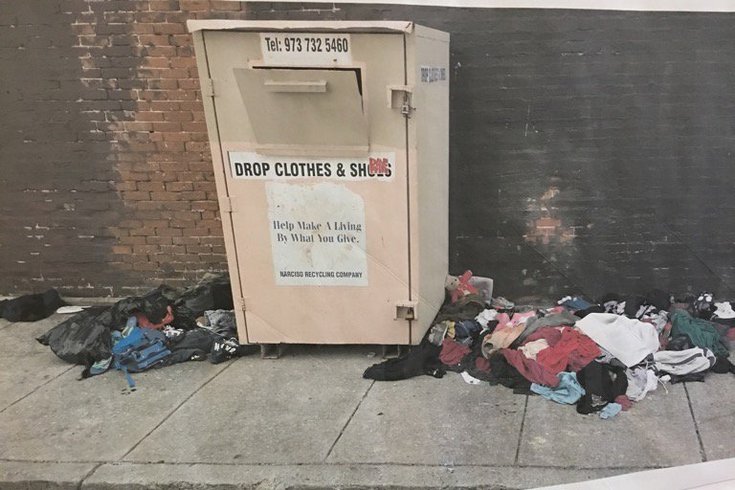 Philadelphia is working to remove these illegal clothing donation bins from neighborhoods across the city.

Philadelphia will start beefing up efforts to get rid of illegal clothing donation bins in neighborhoods across the city.

Mayor Jim Kenney announced Tuesday plans to remove 70 of the unlawful bins from the public right-of-way.

According to Kenney's office, the bins have attracted graffiti, illegal signage, drug activity and dumping.

“We see bins blocking sidewalks, blighting residential neighborhoods and left on business properties without permission from the business owners,” Licenses and Inspections Commissioner David Perri said in a press release.

Kenney, along with other city officials, spoke in Nicetown Tuesday afternoon to outline the city's efforts.

The legislation, which was enacted, requires no more than two bins to be present on a property, bans them from being within 500 feet of residences, requires contact information to be present on the bin for the owner and imposes a $150 fine for lack of compliance.

When Bass introduced the legislation, she noted how the bins often go weeks without being emptied out, leaving clothes to fall all over the place, according to NewsWorks.

Bass said Tuesday she was thrilled to work toward removing the "eyesores" from the city's neighborhoods.

A video posted to Twitter by the Philadelphia Streets Department Tuesday showed the city was wasting no time removing the bins, as one along Germantown Avenue was thrown into a truck to be taken away.