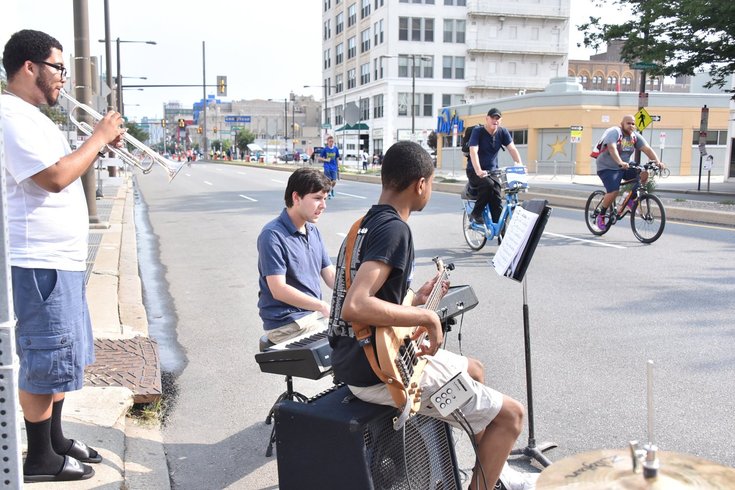 Philly Free Streets 2019 takes place on North Broad Street from 8 a.m. to 1 p.m. on Saturday, Aug. 3. On Monday, the city announced the road closures and parking restrictions that will be in effect along the eight-mile stretch between Arch Street and Butler Street.

The fourth annual Philly Free Streets will return to North Broad Street on Saturday, Aug. 3. The free event spans eight miles between Arch Street and Butler Street and encourages people to walk, bike, and play in the city's signature roadway.

Philly Free Streets 2019 will be held from 8 a.m. to 1 p.m. There will be free activities up and down Broad St. at its many cross-sections all day long, including a Beyoncé workout on Butler Street, a succulent planting workshop near Callowhill Street, and even a "Pay As You Wish" entrance fee to the PAFA museum on Arch Street.

The event begins with a ribbon cutting ceremony at Arch Street with Mayor Jim Kenney, who will then take his annual walk-up North Broad Street beginning at the School District of Philadelphia headquarters building.

You can't have an eight-mile long event on one of Philadelphia major thoroughfares without it impacting travel and traffic in the area. In preparation for Saturday, Philadelphia officials announced the following road closures and parking restrictions:

Parking restrictions will begin at 2 a.m. Saturday. Parking will not be allowed on North Broad Street between John F. Kennedy Boulevard and Butler Street. Additionally, drivers should not park along the following streets:

Parking restrictions as well as street closures will be lifted no later than 5 p.m. Saturday. Temporary no parking signs will be posted along the route. If vehicles are parked in the designation locations after 2 a.m. on Saturday, they will be towed.

North Broad will be closed to vehicular traffic beginning at 6 a.m. on Saturday between JFK Boulevard and Butler Street.

There are a number of east-west streets that will allow for cars to cross North Broad Street. These include:

One-way streets that fall into the path of the Philly Free Streets event will be controlled by Philadelphia Police. There will be local access only. There could be additional closures if it is needed for public safety.

The city warns that traffic delays are to be expected as the event is setup and on the day of the event. All event-related road closures and parking restrictions are expected to be lifted no later than 5 p.m. Saturday.