Lydia Darragh, an Irish immigrant, is considered a mother of the Revolution 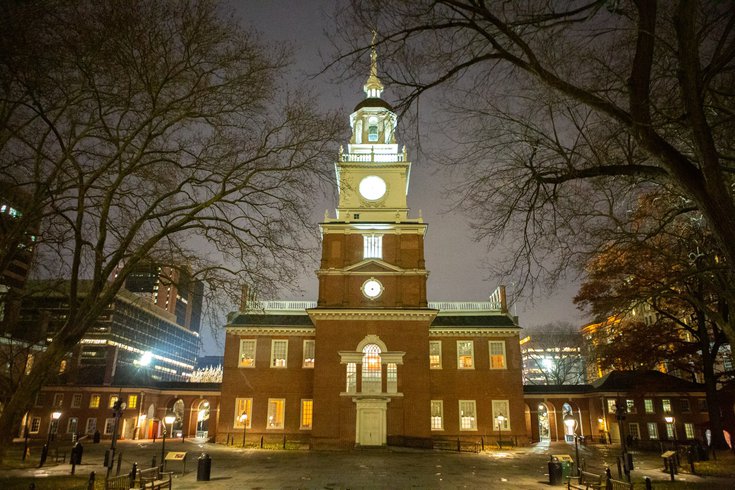 Per Revolutionary War, Philly nurse Lydia Darragh save the U.S. Continental Army from a surprise British attack on Dec. 2, 1777. Above, Independence Hall.

Per Revolutionary War legend, on Dec. 2, 1777, a Philadelphia nurse saved George Washington and the Continental Army from a British surprise attack.

Lydia Darragh was born in Dublin, Ireland, in 1729. She married her husband William, a teacher, in 1753 and shortly thereafter made the voyage to the new world with him.

The Quaker couple made their home on Second Street in Philadelphia near the former Dock Creek, which has since been converted into a sewer that runs below Dock Street. There, Darragh had five children and made a name for herself as a nurse and midwife.

Since observant Quakers are expected to be pacifists, when the Revolutionary War rolled around Darragh and her husband were publicly neutral. Still, they secretly harbored pro-Revolution sentiments.

In September 1777, British forces occupied Philadelphia. Washington and his soldiers tried to retake the city in October but failed and fled eight miles west to rural Whitemarsh, which today borders Northwest Philadelphia.

British Gen. William Howe set up his headquarters across the street from the Darragh home, which has since been demolished. According to the legend, Lydia quickly took up spying on the invaders.

She joined a vast network of spies across the 13 colonies who quietly gathered intelligence about the redcoats at great personal risk and passed it along to the Continental Army.

But in a double whammy for the redcoats, their building on Second Street was too small for many of their meetings, so they demanded that the Darraghs let them use their home.

The Brits initially planned to kick the Darraghs out of their home altogether, as at the time a third of the Philadelphia residents had fled for the countryside, but Lydia got in touch with a loyalist cousin who convinced the redcoats to let the family stay.

On the night of Dec. 2, 1777, Howe held a secret meeting in an upstairs room of the Darragh home. He banished each member of the family to their bedrooms where he assumed they wouldn't be able to overhear his plans.

But instead, Lydia is said to have daringly hid in a closet in the meeting room where she took notes on the redcoats' plan to launch a surprise attack on Washington's forces in Whitemarsh on Dec. 4.

The next day she used her status as a homemaker to get a pass to leave the city from Howe under the auspices of getting flour at the mill in Frankford, which was then an independent town just outside the British lines.

While outside the city, Darragh passed her intel to the Continental Army's Col. Thomas Craig. The information eventually made it up to the top ranks at Whitemarsh.

When the British troops arrived on the night of Dec. 4, they found the American forces waiting for them with their guns ready and were forced to retreat.

It's hard to tell how true this tale is. It was first published by Darragh's daughter Ann in 1827, a full 50 years after the events supposedly happened and nearly 40 years after Darragh died.

Its details are hard to confirm – like those of other well-told stories from the Revolutionary War effort.

For example, the story about Betsy Ross designing one of the first iterations of the American flag lacks credible evidence. The tale was first published in 1876 as part of the nation's celebration of its 100th anniversary.

Another story that became popular around that time was that of Molly Pitcher, who operated a cannon in the Battle of Monmouth, New Jersey, when her husband was injured.

But historians say that story is also only loosely based on reality. The woman's real name most likely was Mary Ludwig Hays, and her story has been told and retold so many times that historians consider it more folklore than fact.