A Philly horror icon passes away at age 98 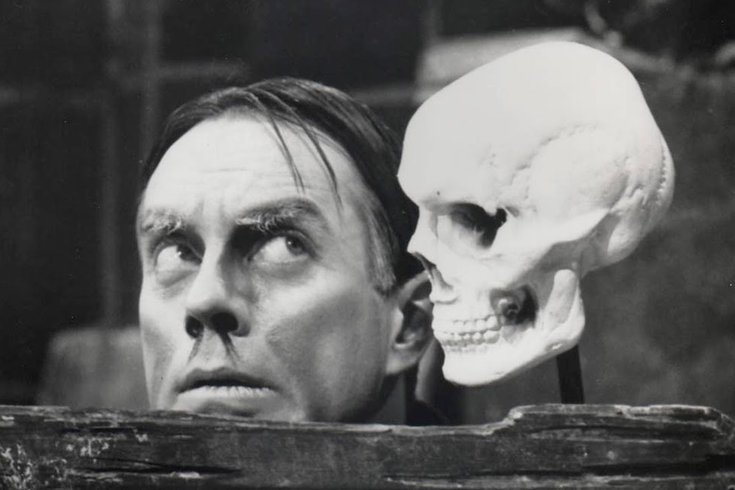 In the strange, slapdash world of TV horror hosting, Philly-born John Zacherle was a pioneer and a legend. He passed away recently at age 98.

Known as both “Roland” and “Zacherley” to kids in the ’50s and ’60s, Zacherle helped pave the way for Svengoolie, Elvira and other campy TV hosts who became as much a reason to tune in as the spooky movies they’re introducing.

Zacherle grew up in Germantown and went to UPenn before enlisting in the Army to fight in Europe and North Africa during World War II. After that, he got into TV and in 1957 became the host of “Shock Theater” on WCAU in Philly, a role that he would reprise in various forms for years to come.

As Roland the undertaker, he and his assistant Igor put on funny skits to parody the often schlocky films they were presenting. Later he moved to WABC in New York, and changed his name to “Zacherley,” continuing the same movie-and-skits model that, to modern sensibilities, sounds a lot like Mystery Science Theater 3000.

After that, his résumé (and Wikipedia page) becomes a wild ride — hosting a cartoon show, a teen dance show and several radio shows, and appearing in several movies. He even guest-hosted “American Bandstand” (earning him the title “The Cool Ghoul” from Dick Clark), and performed Edgar Allen Poe’s “The Raven” with the Philadelphia Orchestra.

The New York Times caught up with him in 2012 and Zacherle, then 94 and long retired, reflected on the crazy end to his crazy career:

In the mid-1960s, he was hired to host, still as Zacherley, an afternoon teenage dance show called “Disc-O-Teen” that was broadcast for three years. The show — think “American Bandstand,” Transylvania-style — attracted bands like the Lovin’ Spoonful, the Young Rascals and even the Doors.

“Jim Morrison looked at our weird set and mumbled, ‘This is the damnedest TV show I’ve ever seen,’ ” recalled Mr. Zacherle, who hobnobbed with rock legends and became a regular at concerts at the Fillmore East. He became a rock D.J. on stations like WNEW and WPLJ before finally retiring in the early 1980s.

Zacherle was inducted into the Broadcast Pioneers of Philadelphia’s Hall of Fame in 2010: