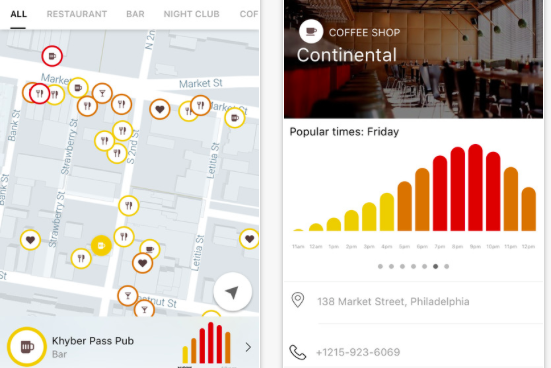 Have you ever hyped up a bar to a friend visiting town only to get there and find that it's completely dead? How about going out for a heart to heart only to have your conversation drowned out by a room full of people singing along to Queen?

In either case, a new app launched last month by Philadelphia-based developer Shannon Sofield can help you find or avoid any crowd in any city, at any time of day or night.

Social Status, available only for iOS, debuted March 30 and figures to be a useful tool for anyone looking to make a spontaneous choice about dinner or drinks.

"In places like Philly and New York City, the amount of bars and restaurants can be overwhelming," Sofield explained. "Our app helps to drill down with real world visitors to see which place is worth going to. The secret sauce of our app is the integration and display of this real world visitor data."

Sofield came up with the idea while in Dallas with a couple of friends, including Philadelphia native and now Dallas-based technology attorney Jason Mitchell. They realized that sites such as Yelp and Google can tell you which bars and restaurants are popular, or well-reviewed, but not how busy they are at any given time.

"Shannon is a doer and a serial entrepreneur," Mitchell said. "So he created the app and I've now used it in both Chicago and Dallas to find places to go." 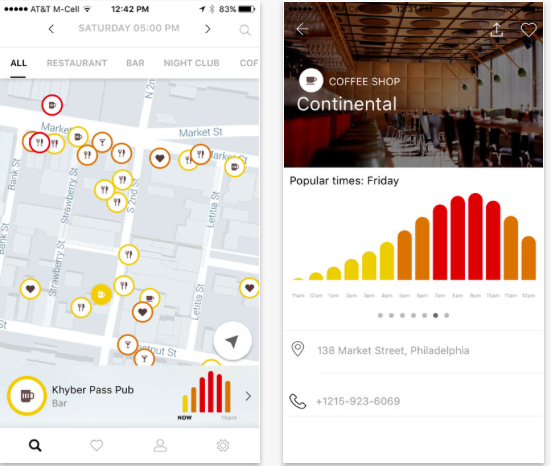 The app relies on the same information picked up by Google and Facebook's graphs every time their apps are used on a mobile device. They anonymously record locations so the app knows only that "someone was at this place at this time." Social Status gathers that data through public APIs or through its own collection efforts.

Sofield posted the app locally on the Philly Startup Leaders news group, where Steven Patriarca, a finance and tech professional who recently relocated to Philadelphia, first found out about it and gave it a try.

"The perfect use case for it happened the other week," Patriarca said. "I was trying to meet a group of around six or seven people in the afternoon, so we started at El Vez around 5 p.m., when it was still somewhat quiet. Later, we wanted to go somewhere more crowded, so at around 7:30 p.m., I just drilled down to a three-block radius and we went to Pennsylvania 6. And then even later, when we wanted a busier place, we went back around to Time."

Since launching March 30, Sofield said Social Status has already helped him discover new restaurants and bars he wouldn't have otherwise found. The color-coordinated map displays red, orange and yellow icons for businesses, whose details you can learn more about when you select their pins. You can even check for days in advance to see how busy a bar will be based on trend data the app recycles each month.

Patriarca thinks the app has potential to integrate new uses once the architecture is all in place. Initially, it's great too for bar-hopping and discovering new places.

What will be interesting to watch for is whether people tend to use Social Status more to find or to avoid crowds.

"It's come up about 50-50," Sofield said. "The other night I was going out with my three young kids and we didn't want to disrupt people, so we used it to find a place that was a bit more low-key. People on the road want to find spots that are busier. They want to get ingrained in the culture. Locals are looking for a place that's more relaxed."

You can download Social Status for iOS at the iTunes store here.