Report: Man gets socked after asking for punch outside Philly nightclub 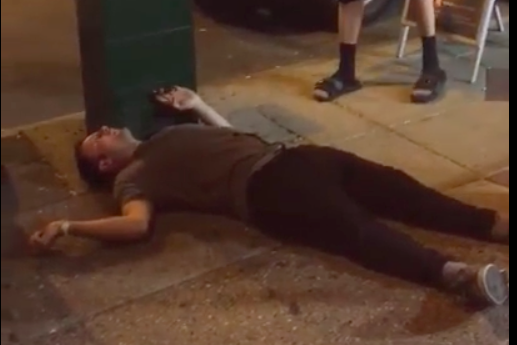 In this screen capture from a video that has since been removed by YouTube, an unidentified man lays on the sidewalk along the 1700 block of Walnut Street in Philadelphia, where he fell after a man punched him in the face.

UPDATE (5/17/16): The CODA Live Music Venue and Nightclub, located on 1712 Walnut Street, issued the following statement about the video published Monday showing a man take a punch in the face outside of their venue:

"We are disgusted by the assault that took place early Friday morning outside our establishment. The man who punched our member does not work for CODA.

"That individual did not act, nor had permission to act, on behalf of our venue. It was our staff that called 911 to report the incident and CODA management has and will continue to cooperate fully with the Philadelphia Police Department.

"CODA has no tolerance for violence such as this and we pride ourselves on maintaining a safe and positive space where people can enjoy live entertainment."

Some of the things that happen on the streets of Philadelphia are unfathomable in their foolhardiness. We don't know too much about what led to the scene in the video below, but we do know this: It's a perfect example of something you should never, ever do.

On Monday afternoon, Brobible published a YouTube video in which a man is seen jawing with an apparent bouncer in Philadelphia. One thing leads to another, and the man dares the guy to punch him in the face. (As per CODA's statement, the man throwing the punch was not a bouncer for them).

As Brobible pointed out, it isn't clear whether the guy who got punched was under the influence of alcohol.

You can hear him talking to the bouncer and saying something like, “you swing and you’ll miss,” as if this is some kind of bet. Meanwhile, someone in the crowd shouts, “I’ll take it.” Which I assume means he’s taking the bouncer’s side in this misguided show of bravado.

YouTube later pulled the video, citing its policy on harassment and bullying. If you try to watch it there, you will now get the following message: 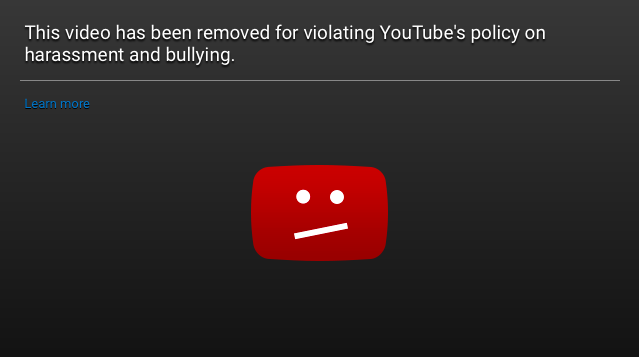 A representative from CODA said that the episode took place on Friday, May 13, at around 1:30 a.m., not Sunday as had been reported by several outlets.