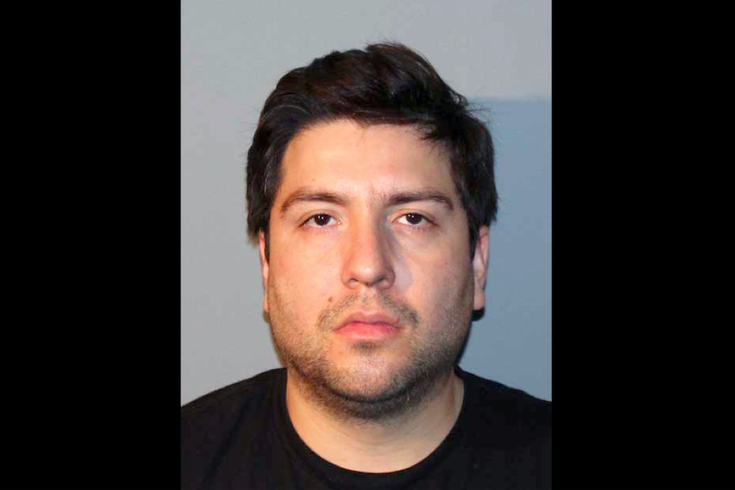 Jesus Carrillo-Pineda, 31, of Philadelphia, Pa., was sentenced to 10 years in state prison for his role in the seizure of 45 kilos of fentanyl in New Jersey.

A Philadelphia man and his counterpart will both go to prison after they were sentenced Monday in connection to a record-setting seizure of the synthetic opioid fentanyl last year in New Jersey.

Both men pleaded guilty in December to charges of possession and intent to distribute the deadly drug, which is up to 100 times as powerful as heroin and has contributed to a major uptick in drug overdoses across the country. New Jersey lost 417 people to fentanyl overdoses in 2015 and more than 800 people in 2016.

On June 28, 2016, authorities arrested Carrillo-Pineda and Vasquez after intercepting an exchange of 40 kilograms of fentanyl in the parking lot of a business in North Bergan. Police also found $1.050 in cash and small quantity of heroin in Carrillo-Pineda's car.

Carrillo-Pineda was also charged for his role in the seizure of another five kilos of fentanyl, nearly 40 kilos of heroin, and a smaller quantity of methamphetamine the next day in Willingboro. A fugitive allegedly involved in the second deal, 38-year-old Omar Zeus Rodriguez, remains at large on similar charges.

“Many lives were undoubtedly saved as a result of this record-setting fentanyl seizure by the New Jersey State Police,” said Attorney General Grewal.  “The 100 pounds of fentanyl trafficked into our state by these drug dealers could have generated enough lethal doses to kill the entire populations of New Jersey and New York City combined.  Because dealers use this super-potent opioid to boost heroin and create counterfeit oxy pills, drug users are left to play a deadly game of Russian roulette each time they give way to their addiction.”