Nine schools – five elementary, one middle and three high schools – in Year One of new initiative. 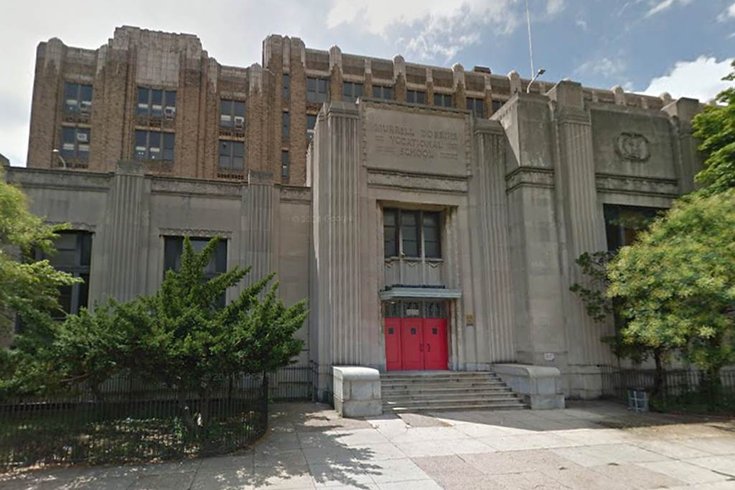 Murrell Dobbins CTA High School in the Strawberry Mansion neighborhood of North Philadelphia is one of the nine city schools selected for the first cohort of community schools.

In announcing the schools on Monday morning, Otis Hackney, the city's chief education officer, said school officials selected the schools after careful consideration and site visits in recent months. That months-long selection process included an outreach effort that collected input from hundreds of members of the community, school officials, parents and others.

On Friday, the Mayor's Office of Education released a report on all the outreach it performed to select the first contingent of schools, detailing the work that went in to identifying schools that would benefit most from inclusion in the initiative.

Five of the schools are located in communities with the highest number of shooting victims in 2014, five schools exceed the average citywide childhood poverty rate of 19 percent and four of the selected schools have an enrollment where 20 percent or more of their students are English Language Learners, the Office of Education said.

"This is all about listening to the school community and bringing in targeted resources," said Kenney during a press conference Monday.

In touting the initiative, which will cost about $40 million over five years, Kenney said he believes the result will be stronger schools – and communities. 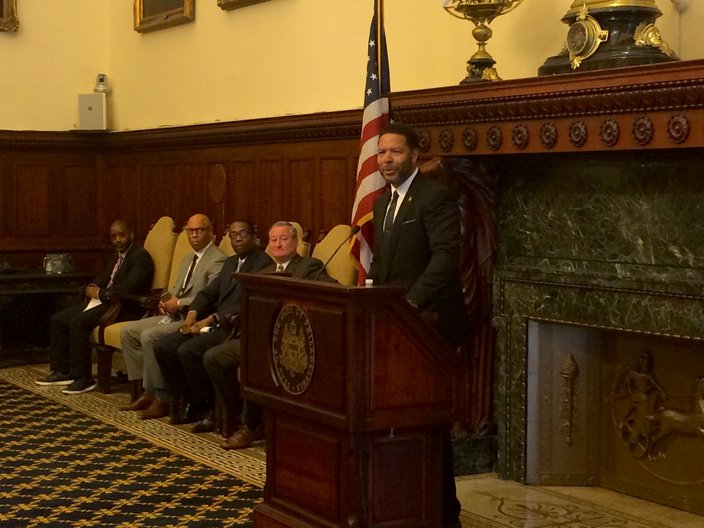 Otis Hackney, chief education officer for the City of Philadelphia, announces the nine schools that will be the first to be transitioned through the new community schools initiative.

"These are not somebody else's kids...These are our children," he said. "If we take ownership of our children, all of us working together, we can't fail."

The mayor's budget targeted about $4 million for the initiative in its first year. Over the next four years, a total of 25 schools will become community schools, at a pace of about five to seven a year.

Susan Gobreski, director of the community schools initiative for the Mayor's Office of Education, said coordinators are being hired now for each school. School officials and staff at these nine schools will start working with these coordinators in August. By the end of the year, she said, they will start "rolling out" a strategic plan for each school.

As Gobreski detailed for the PhillyVoice earlier this year, the coordinators, who will work for the city, will work with educators, parents and community members to bring in services and community partners that "best meet the needs of the community."

Each community school will also have its own "strategic, coordinated plan" to address the specific needs of its children.

More than 30 schools applied to be part of the first round. The second cohort will be announced in the spring.

"[This] helps put us on a trajectory to create stronger children, stronger families, stronger communities," she said.

Damon said she is excited about the initiative because building stronger educational opportunities for children doesn't just come from the educators. Instead, she said, by involving the community – and, especially getting more parents of schoolchildren involved – the school could be able to improve exponentially.

Toya Mitchell, parent of a student and president of the school association at Franklin S. Edmonds Elementary School at 8025 Thouron Ave., in East Mount Airy, said the initiative will offer improve after-school offerings.

"We are excited because we want to have new opportunities for after-school programs for our children," she said.

Mitchell said she believes children can become more involved in their own education, especially if their parents take advantage and get involved in the community school model.