Philly pair files class-action suit over 'Fight of the Century' 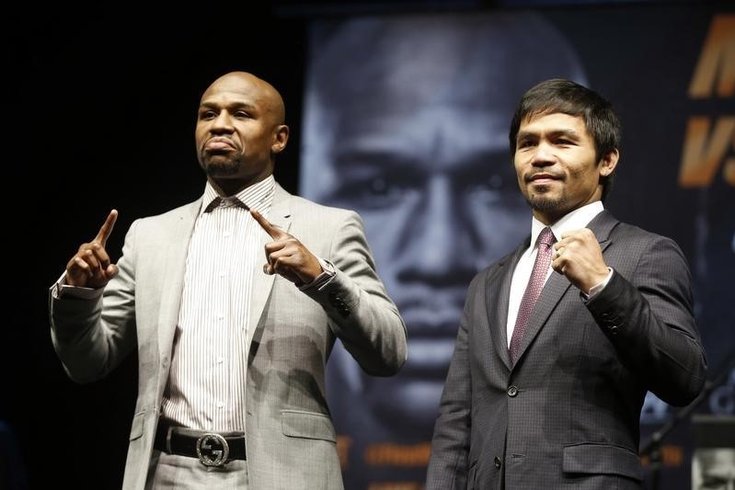 The revelation that Manny Pacquiao entered last weekend's "Fight of the Century" having suffered a torn rotator cuff just a month before squaring off with Floyd Mayweather Jr. has generated speculation about legal action over the injury's omission from a pre-fight medical questionnaire.

Now a pair of Philadelphians have united to file a class-action suit contending that the fight never should have taken place at all in light of Pacquiao's injury.

Center City attorney Allan H. Gordon and Rittenhouse realtor Seth Lamb filed suit against both fighters, HBO, Showtime, the promoters, and others they charge "intentionally decided to sacrifice the integrity of the match," according to PhillyMag.

Pacquiao's injury reportedly caused him to postpone training camp for two weeks, one of many reasons Gordon and Lamb say consumers were duped into doling out between $89 and $100 to watch a sham fight.

The fact that the judges scored the match at 118-110, 116-112, 116-112 suggests it was close enough that Pacquiao was capable of winning with the injury. Then again, that's not necessarily the basis of a legal challenge over an undisclosed handicap.

Gordon and Lamb are seeking unspecified damages on behalf of basically anyone who watched the fight, accusing those named in the suit of fraud, breach of contract, unjust enrichment, and conspiracy.