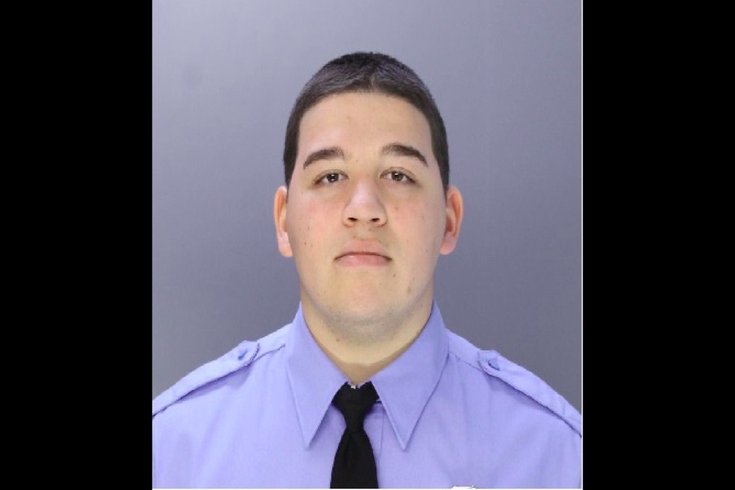 Two Philadelphia police officers were suspended with the intent to dismiss this week for their alleged involvement in a car crash that killed a pedestrian, authorities said.

On Wednesday, the Philadelphia Police Department announced officers Adam Soto, 24, and Tony Forest, 25, were both driving recklessly while off-duty in the city's Castor section before Soto's vehicle struck and killed 50-year-old Daniel Dimitri. Soto was also charged criminally in the incident.

The crash occurred Jan. 31 around 11:30 a.m. near the intersection of Cottman and Algon Avenues.

Investigators said Soto and Forest, both 3-year veterans of the department, were traveling eastbound in separate vehicles on Cottman Avenue. Soto was driving at a high rate of speed when he struck Dimitri, who was running across the street. The victim was transported to an area hospital where he was pronounced dead an hour later.

Both Soto and Forest surrendered Wednesday to Internal Affairs after the investigation was completed.

Soto was arrested and charged with homicide by vehicle and involuntary manslaughter. Forest was only charged with departmental violations.

Police Commissioner Richard Ross suspended both officers for 30 days and will seek their dismissal.

Soto was assigned to the 24th District while Forest worked in the 14th.