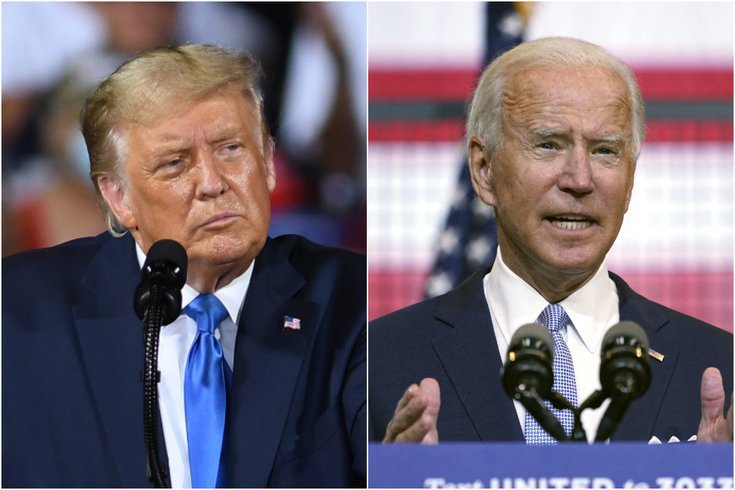 The chasm between former Vice President Joe Biden and President Donald Trump in total donors and money raised by ZIP code across the Philly region lines up with polling that indicates the region is likely to go blue this fall.

Democratic presidential nominee Joe Biden has had more donors and financial contributions by ZIP code than Republican President Donald Trump since April, and the Philly region is contributing to that fundraising gap this election.

From April through October, the former vice president outpaced the GOP incumbent in both total contributors and money raised by ZIP code in Philly and the surrounding suburbs in Southeastern Pennsylvania and South Jersey, according to an analysis conducted by the New York Times.

The findings, presented via two maps, showed almost every ZIP code that encompasses the city itself and the surrounding suburbs color-coded dark or light blue to indicate the financial stronghold that Democrats have established across the region this year.

The darker the shade of blue, the more Biden donors there are in a given ZIP code. If a ZIP code is shaded light or dark red, it means that it consists of more donors and financial contributions to Trump.

Biden’s financial contribution advantage across the Philly region is indicative of a national trend that shows cities and suburbs making up the majority of the former Delaware senator’s donor base.

The chasm between both candidates in total donors and money raised by ZIP code across the Philly region lines up with polling that indicates the region is likely to go blue this fall. In a recent NBC News/Marist College poll of likely voters, Biden leads Trump by 28 points in the Philly suburbs.

Approximately $1.8 billion was donated to both candidates during that time frame, with the Democratic presidential nominee earning $1.07 billion and the Republican incumbent taking home $734 million.

When it came to ZIP codes where almost two-thirds of people had a college degree, Biden outpaced Trump $478 million to $104 million nationwide.

However, in ZIP codes below that education level, Trump outraised Biden $630 million to $591 million nationwide.

In ZIP codes that are above the average median household income of over $68,000 in 2019, Biden had a nationwide donation advantage of almost $390 million.

However, in ZIP codes where the median household income was below the national average, Trump had outgained Biden by over $53 million.

The analysis looked at more than 25 million contributions made from about 32,000 ZIP codes. Donor estimates were made based upon the name and ZIP code of each contributor.

While it does not consist of direct donations to the parties themselves, the study does include more than 90 percent of contributions to Trump and Biden, as well as their respective party committees.

Polling indicates that the race for Pennsylvania could be close. The former vice president currently leads the Republican incumbent by an average of four points in the state, according to Real Clear Politics.