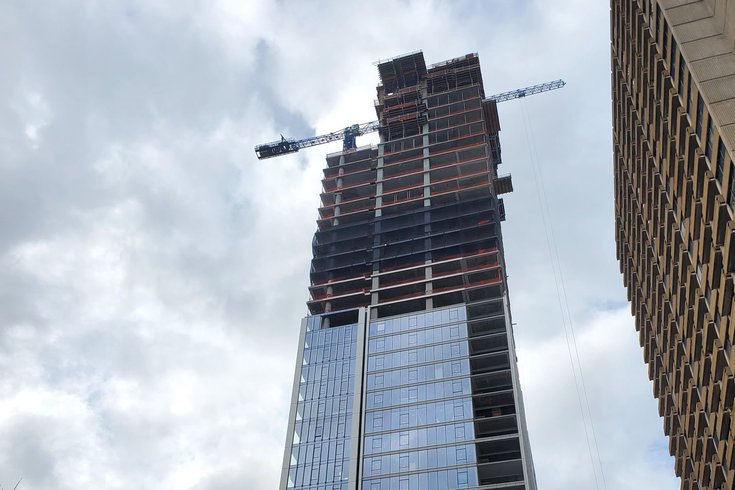 A 60-year-old construction worker was rescued from the 41st floor of a Center City skyscraper after suffering an injury on Jan. 15, 2021, the Philadelphia Fire Department said.

The Philadelphia Fire Department rescued a man Friday who was injured while working on a Center City high-rise, officials said.

Shortly before 10:30 a.m., a construction worker suffered a medical emergency on the 41st floor of a skyscraper under construction at Broad and Spruce streets. The Arthaus project, developed by Dranoff Properties, is 47-story luxury condo tower that will overlook the Kimmel Center once completed.

Technical rescue personnel responded to the scene and were able to safely bring the 60-year-old worker to safety. Details about what caused the man's injury were not immediately available. The worker was taken to Thomas Jefferson University Hospital.

The rescue halted traffic on Broad Street for several hours, but the area has since been cleared.

Investigators with the Department of Licenses & Inspections are working to determine the cause of the incident.