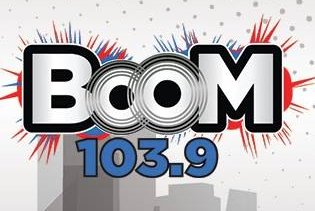 Boom 107.9 will no longer play classic hip-hop and is switching frequencies.

Excitement abounded when local radio station Hot 107.9 switched over to playing classic hip-hop in November 2014, giving listeners a cycle of artists like A Tribe Called Quest and Biggie Smalls along with early work from rappers like Nas and Jay-Z.

The move didn't last long. RadioInsight reported that the station was moving on your radio dial to 103.9 and switching to an Urban Hot AC format. Boom confirmed it was moving to 103.9 on Monday in an announcement.

And the rap classics are gone. Per RadioInsight on Monday:

And the list goes on — all modern hits. Radio-One, which owns Boom, switched the station's frequency with Gospel station Praise 103.9, according to RadioInsight, in an effort to boost the "struggling" stations.

When did @BoomPhilly switch to 103.9? I thought God was sending me a special message through the radio. #boomphilly pic.twitter.com/EeA9rD9M3y

As PhillyMag notes, Boom 103.9 will be the latest to try and challenge iHeartRadio's Power 99 as the main urban station in Philly.