Four Philly-area bottlenecks among the 100 worst in the U.S., ATRI finds

Despite the pandemic, congestion remained high in 2020, but average speeds rose at peak travel times 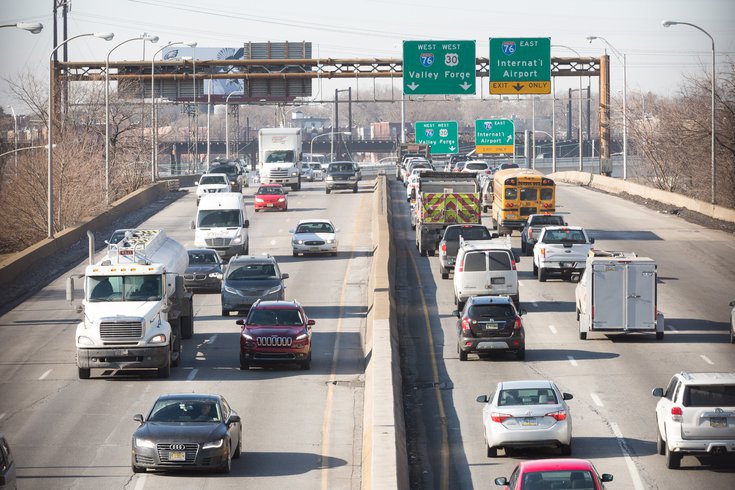 The American Transportation Research Institute's annual ranking of the top 100 truck bottlenecks in the United States includes four spots in the Philadelphia region, led by the I-76 and I-676 exchange.

Drivers in the Philadelphia area are accustomed to crawling traffic at a handful of key locations.

Four of them are among the worst truck bottlenecks in the United States, according to an annual analysis from the nonprofit American Transportation Research Institute.

ATRI measures truck-involved congestion at more than 300 highway locations across the country, using GPS data from freight trucks to create congestion impact ratings for each location.

It might be assumed that data from 2020 would show a marked slowdown in traffic at common bottlenecks due the coronavirus pandemic, but the actual impact of the lockdowns was largely limited to a brief period last spring.

Truck speeds at some bottlenecks improved by as much as 100% last March, but the short-lived open roads returned to pre-pandemic levels by the end of May, according to ATRI's analysis.

Still, most of the bottlenecks on the list saw increases in average speeds during peak travel times. Philadelphia bottlenecks had among the larger rate increases in the rankings from 2019 to 2020.

Below is a look at the four Philly-area bottlenecks that made the top 100.

ATRI notes a boom in roadway construction projects during 2020 contributed to heavy congestion as travel increased alongside these infrastructure improvements.

Pennsylvania had three other bottlenecks make the top 100:

Below are the top 10 bottlenecks in the U.S.