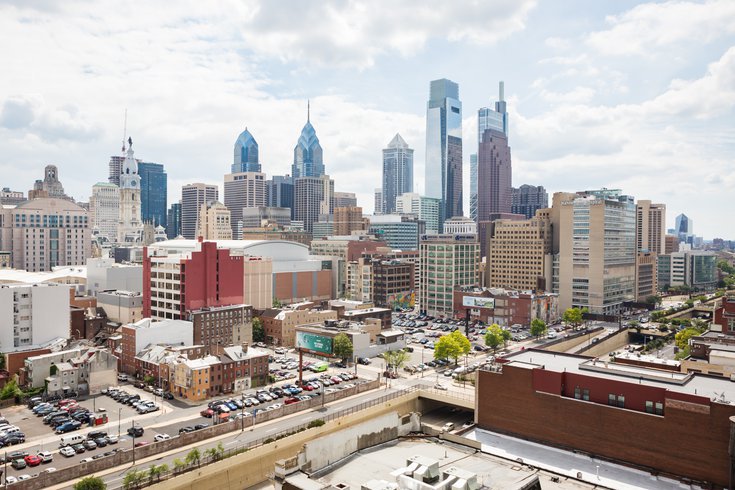 The city of Philadelphia plans to lift some additional COVID-19 restrictions in March as case counts continue a downward trend and vaccination efforts scale up.

Philadelphia officials plan to loosen COVID-19 restrictions amid a steady decline in new cases and the ongoing rollout of the city's vaccination program.

Health Commissioner Dr. Thomas Farley did not get into specifics about the pending changes during his weekly media briefing Tuesday. But he suggested they may concern the city's moratorium on large events, which is set to expire at the end of the month. He also said the city is working with the state on issues such as limited fan attendance at Sixers, Flyers and Phillies games.

"We have gotten requests to have fans in the stands for both the Flyers and the Sixers, as well as the Phillies," Farley said. "We're looking at those, but in order for those to be granted, there would have to be changes not just in the city's rules, but also in the state's rules."

Philadelphia is not permitted to have less restrictive rules in place than the state as a whole. In several instances over the past year, the city has had more stringent rules than the rest of Pennsylvania due to its population density and COVID-19 risk factors.

It is not expected that any additional changes will be made to restrictions on restaurants, which recently were given the opportunity to expand indoor dining capacity to 50% if they meet ventilation standards.

Farley painted an encouraging picture of the pandemic's trajectory, highlighting a continued downward trend in cases that mimics the paths that other respiratory viruses typically follow as winter comes to an end.

Philadelphia reported 242 new confirmed cases of COVID-19, bringing the total to 112,526 since the start of the pandemic.

"We've actually had about an 80% decrease in our weekly case counts since the peak in mid-December," Farley said. "Case counts are also falling rapidly in Pennsylvania, New Jersey and the United States as a whole."

The general decrease likely is not a reflection of vaccine efforts to date, but rather the weakening of transmission.

"It's a sign that things will be getting better in the spring and summer — and even better still as the vaccination coverage increases over time," Farley said

The city reported 13 new fatalities from COVID-19 on Tuesday, bringing the citywide death toll to 3,070 since the start of the pandemic.

Deaths have been declining as well, falling from 92 in the first week of January to 43 the week of Jan. 31, though delayed reporting may increase that number.

"The downward trend in weekly deaths is clear — and that's following the decline in cases," Farley said.

Even amid the positive trends, Farley cautioned Philadelphians against becoming complacent.

"It's still extremely important for people to wear their masks and keep up their distancing," Farley said. "I'm concerned that people might start to think that we're finished with this and they can throw the masks away. Not yet. We're going to have to be wearing masks for a long time."

Philadelphia's effort to get teachers, school staff and child care workers vaccinated began Monday at the Children's Hospital of Philadelphia, with six additional school sites to open next week.

The program aims to vaccinate some 35,000 school employees over the next six weeks, working with employers to schedule first and second dose appointments. The program will use the Pfizer vaccine, which the city believes it possesses in sufficient supply.

"We are committing to as many doses as CHOP needs to vaccinate our teachers," Farley said. "Exactly how many of them will want to be vaccinated is unclear, but we will be providing as many as 9,000 per week."

Mediation efforts between the School District of Philadelphia and the Philadelphia Federation of Teachers remain ongoing to determine whether approximately 9,000 PreK through second grade students will return to the classroom two days per week starting March 1.

The approximately 37,000 incoming first doses of the vaccine is an increase over each of the previous two weeks. Much of the additional supply will be the Pfizer vaccine, which has more complex storage requirements.

"We would rather have more of the Moderna vaccine right now because that can be handled by just about all providers, but we'll take what we can get," Farley said.

As of Tuesday, Philadelphia has administered 177,387 first doses of the COVID-19 vaccine and 90,454 second doses to city residents.

A new data tool provided by the health department shows which ZIP codes have the highest and lowest rates of vaccination in the city.

Three new mass vaccination clinics established by the health department will aim to make progress in ZIP codes where vaccination has been more limited thus far and where minority communities can receive the vaccine more accessibly.

The upcoming FEMA clinic at the Pennsylvania Convention Center also will oversample people who live in less vaccinated ZIP codes and meet the eligibility requirements for Phase 1B. The health department has added HIV to the high-risk medical conditions covered during this phase.

Farley said the FEMA clinic is on track to start March 3 and likely will run for six weeks, immunizing approximately 6,000 people per day with the Pfizer vaccine.

The city expects to remain in Phase 1B until at least late April. Broader availability to the public is not expected to come until some time in June.

To date, more than 232,000 people have signed up on Philadelphia's vaccine interest form database.