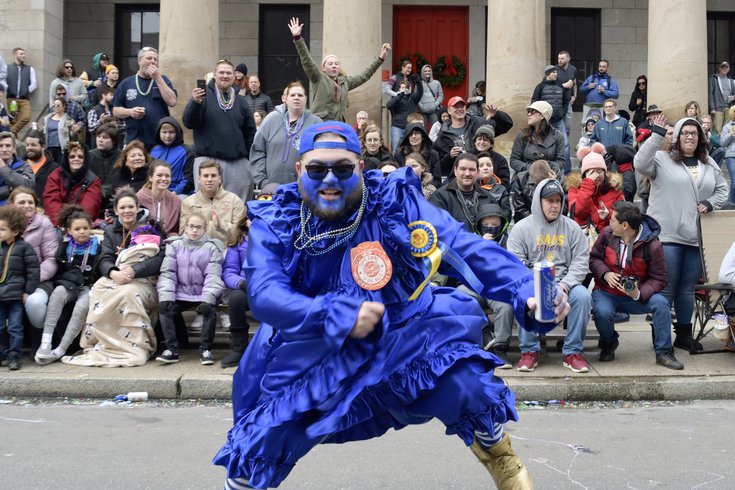 The 2021 Mummers Parade will be canceled along with all other large public events in Philadelphia through the end of next February. The city is hoping to prevent large outbreaks of COVID-19 in the months ahead.

All large public events in Philadelphia will be canceled over the next seven months as the city attempts to avoid a surge in coronavirus infections, a city spokesperson confirmed.

The moratorium, announced during the city's COVID-19 briefing on Tuesday, affects everything from the Thanksgiving Day Parade to the 2021 Mummers Parade.

Philadelphia lately has seen modest increases in COVID-19 cases, but has not experienced the rampant outbreaks reported in cities such as Miami, Houston and Los Angeles.

"I know this news will be very disappointing for many Philadelphians," Mayor Jim Kenney said. "It was not an easy decision to make, but as we continue to battle COVID-19 and try to restore some sense of normalcy in our city, we know that there will be many difficult decisions to come. The health and safety of Philadelphia residents, visitors and workers must be our top priority."

Among the other events that will be canceled are the 2020 Blue Cross Broad Street Run, which is now a virtual event, and all fall road races.

The city's Office of Special Events will not accept, review or approve submissions for permits to produce festivals, parades, concerts, carnivals, fairs and flea markets held in public spaces. There is no timeline in place to lift the moratorium, pending progress with COVID-19 beyond February.

Not included in the city's policy are private outdoor events with fewer than 50 guests, recreational sports with fewer than 25 participants, and events on private property, such as performance venues. Demonstrations and other First Amendment-protected activities also are not covered by the moratorium.

Philadelphia remains in a "modified restricted green phase" of Pennsylvania's COVID-19 reopening process until at least August 1. Activities such as indoor dining at restaurants and bars, attending gyms and fitness centers, and concerts at private venues remain prohibited by health guidelines until further notice.

While the Phillies will play their home games at Citizens Bank Park, there will be no fans allowed in the ballpark. The same will be the case for the Eagles, city officials said Tuesday, despite the NFL's remaining hope to include spectators.

The Eagles were contacted by PhillyVoice on Tuesday for clarification on the city's announcement.

Philadelphia Health Commissioner Dr. Thomas Farley said he and other officials have been in contact with the Eagles and communicated the city's expectation that there will be no fans at Lincoln Financial Field in the fall. That would include tailgating outside the stadium in South Philadelphia.

Farley acknowledged that the lessons of the Spanish Flu in 1918 have some influence on the city's decision to impose a moratorium on large events. A century ago, Philadelphia proceeded with a September parade that ultimately resulted in widespread sickness and death.

"It's still in the memory of everybody in public health," Farley said. "It weighs on all of our decisions."

The health commissioner has said that a vaccine — which he expects to be available in 2021 — will be necessary before a return to greater normalcy is possible. States and cities that opened "recklessly" have paid the price, he said.

"We're going to have to live with this virus for a long time," Farley said. "It's not just going to go away. I think the states that opened up early somehow thought it was magically going to go away. We're going to have to have some restrictions on our activities until we deploy a vaccine. That's going to be some period of time. This is just one piece of that overall strategy for how to survive and do the best we can until we have that vaccine."

Philadelphia officials have ramped up efforts to encourage residents to wear face masks, another crucial element of the broader COVID-19 prevention plan. Businesses also are urged to follow the city's Safe Mode guidance to protect employees and guests.

Farley reported an additional 148 confirmed cases of COVID-19 on Tuesday, bringing the city's total to 27,575 since the start of the pandemic. Another six fatalities raised the city's death toll to 1,631, including 834 nursing home residents.

There continues to be a high number of new cases among people under 30 years old, a group that now accounts for about 40% of new diagnoses. Earlier in the city's epidemic, this group represented closer to about 20% of confirmed cases.

To prevent further spread, Philadelphia officials are urging residents to abstain from social events and parties, which seem to be high-risk spreading events across the United States.

Philadelphia has expanded testing capacity to about 2,100 tests per day in recent weeks, with about 5% of those results coming back positive for COVID-19. That's slightly above the 4% range the city had established as a guideline for further easing restrictions.

But as cases surge in other parts of the United States, those taking COVID-19 tests are finding longer wait times to receive their results.

Farley explained that most local labs are reporting both negative and positive results within 1-2 days. Larger national labs, such as Labcorp and Quest Diagnostics, are now taking up to seven days to report positive results as the demand for test analysis grows.

Those who are tested are advised to stay isolated from others until results have been received.

Positive trends continue to be seen in the city's nursing homes, where two-thirds of facilities have not been reported a new case in the past four weeks.

In the city's jails, Farley said one new case illustrated how infectious COVID-19 can be in these settings. An inmate who had questionable symptoms for COVID-19 tested positive, resulting in the prison conducting tests on another 65 asymptomatic inmates. Among those tested, 23 had positive results despite reporting no symptoms of illness.

After four months of data, Philadelphia now has a clearer picture of the racial disparities of COVID-19 in the city. Among those whose deaths have been attributed to COVID-19, 51% were Black, 27% were white, 9% were Hispanic and 4% were Asian. The remaining cases were of unknown race or ethnicity.

"With the racial disparities in cases, there's an interest in what the access is to testing in people in different race groups across the city," Farley said.

Since the start of the epidemic, Philadelphia has conducted 178,000 COVID-19 tests. Among that group, 42% of tests were for Black residents, 23% were for white residents, 7% were for Hispanic residents and 3% were for Asian residents. About 20% of tests administered have unknown racial or ethnic data.

"That does show that access testing for the group that's most heavily affected, African Americans, looks like it's approximately as good or better than it is with whites," Farley said. "That's a good sign."

The city is down to about roughly one new death per day, which is a dramatic improvement in fatalities since April and May.

"Here in Philadelphia, we have not seen the rapid increase in cases that we've seen elsewhere — yet," Farley said. "Clearly, from this evidence around the country, we are entering a dangerous period. The way for us to avoid similar increases, without shutting down as we did before, is to have everyone follow the safety precautions."