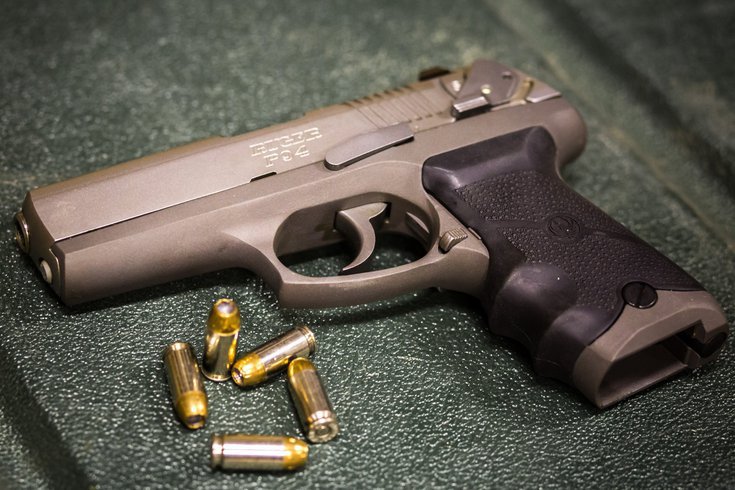 Federal prosecutors say Sharon Jones, 44, of Philadelphia, allegedly straw-purchased 19 handguns at a shop in Warminster, Bucks County and misrepresented herself as the buyer.

A Philadelphia woman allegedly bought 19 handguns in Bucks County for the purposing of illegally reselling them for profit, according to federal prosecutors.

Sharon Jones, 44, was arrested and charged with one count of dealing in firearms without a license and six counts of making false statements to a federal firearms licensee during the purchase of firearms.

According to investigators, Jones purchased the weapons during six transactions that took place between July and September 2020. The firearms were bought at a gun shop on York Road in Warminster, where Jones allegedly certified that she was the actual buyer of the guns and stated that she lived at an address in Philadelphia.

The handguns Jones allegedly bought came from a number of manufacturers including Smith & Wesson, Ruger, Sig Sauer and included two .40 caliber Glocks, among others.

When investigators learned Jones planned to resell the weapons, she was taken into custody. She made her initial appearance in federal magistrate court Friday.

The investigation was part of the All Hands on Deck initiative, a collaboration between the U.S. Attorney's Office and multiple law enforcement agencies to address gun violence in Philadelphia. Partners include the Philadelphia Police Department, FBI, ATF, DEA and Homeland Security.

"The purpose of our 'All Hands On Deck' initiative is, first and foremost, to prevent violent crime, which includes targeting for prosecution prolific straw firearms purchasers," said acting U.S. Attorney Jennifer Arbittier Williams. "This defendant's alleged actions certainly fit that description. By charging crimes like straw purchasing of firearms, where firearms are purchased in order to turn them over to people who are prohibited from legally buying or possessing them, we can cut off the supply of illegal weapons at the source."

Straw purchases occur when someone purchases a firearm on behalf of someone who cannot legally buy a gun.

If convicted, Jones faces a maximum possible sentence of 35 years in prison.