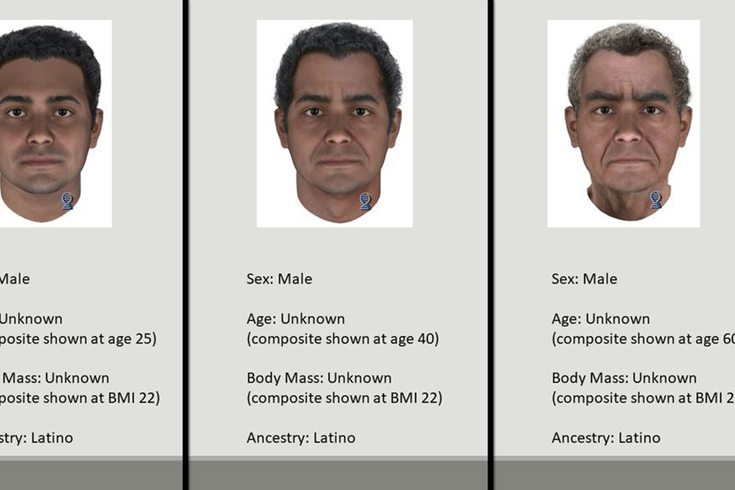 Philadelphia police on Thursday released a new suspect sketch in their ongoing investigation of a string of sexual assaults at Fairmount Park that have been unsolved for nearly 20 years.

The city's Special Victims Unit provided an update on the four cold cases that they believe can be traced to one man's actions in and around the park, and at another location in Northeast Philadelphia. Three of the incidents occurred within a one-mile radius at Fairmount Park during a six-month span in 2003, including the murder of a 30-year-old woman. The fourth happened in a section of Pennypack Park during the summer of 2007.

The sketches released Thursday is the culmination of investigative work relying on DNA evidence collected from the victims. It was developed using genetic genealogy and phenotyping analyses to predict the physical characteristics of the suspect. A forensic artist used age progression to present composite sketches of the suspect at 25, 40 and 60 years old. 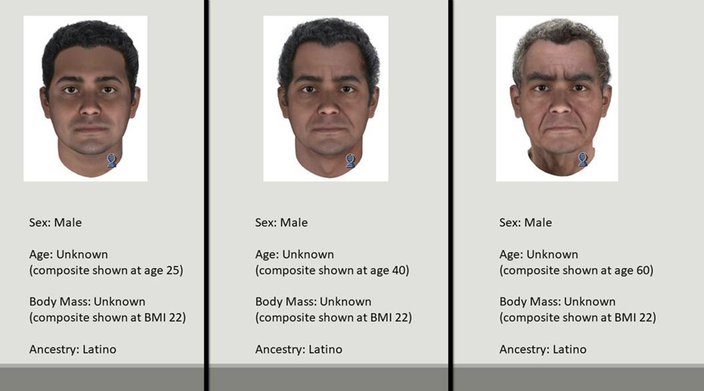 The police department's Office of Forensic Sciences has not generated any hard leads in the investigation, despite running the DNA profile through existing local, national and international databases.

But Police Commissioner Danielle Outlaw said Thursday that investigators are hopeful that the new sketches could help lead to breakthroughs in the case.

"Thanks to advancements in forensics and DNA, the Criminalistics Unit, with help from an outside vendor, was able to use DNA to develop a predictive age progression photo of the offender in these attacks," Outlaw said. "We are hopeful that someone from the public will recognize the man depicted and share his information with law enforcement so that we can finally place him in custody and bring peace to these victims and their families.”

The most high-profile incident still under investigation occurred on July 13, 2003 in the area of 3500 Conshohocken Ave. Medical student Rebecca Park disappeared after going for a routine jog at Fairmount Park.

When Park was reported missing, authorities searched the 8,900-acre park and found the victim's body under wood and leaves on a hillside. She was wearing only a jogging bra, sneakers and socks. Park appeared to have been strangled and an autopsy determined the manner of death was homicide.

Just a few months earlier, on April 30, another woman reported being raped in the area of Kelly Drive and Fountain Green Road.

And a few months after Park's death, on Oct. 25, another woman described a similar suspect who attempted to rape her in the area of West River Drive and the Falls Bridge.

DNA found in the investigation of Park's death was tied to both of the other attacks at Fairmount Park, but police were unable to identify and locate a suspect at the time.

The case went cold for four years, until a fourth woman reported she had been raped at Pennypack Park near Frankford and Solly avenues in Northeast Philadelphia, with characteristics similar to the prior cases at Fairmount Park.

Updates in the case were sparse until 2013, when Philadelphia police began handing out fliers with information about the case.

Authorities then had described the suspect as a Hispanic man with an accent and a muscular build. He was about 5 feet 8 inches and had a thin mustache, bushy eyebrows, a widow's peak hairline and a hoop earring in his left ear during at least two of the attacks. He was believed to have fled the scene of his attacks using a purple 10-speed, English racer bicycle with curved white handlebars.

In the 2007 incident, police said the suspect was described as having scars and marks on his upper left torso and arm, and had been wearing a gold chain with a.crucifix pendant.

The FBI released several sketches of the suspect in 2018 in hopes of generating new leads, as investigators began to take advantage of emerging DNA technology to locate potential relatives.

#OTD in Philadelphia in 2003: the first known attack by the man soon dubbed the Fairmount Park Rapist. He went on to commit a rape-murder in the park & more assaults. 15 years on, he needs to be brought to justice. Help FBI, @PhillyPolice identify him. https://t.co/xHl5DBcHg4 pic.twitter.com/ewMNHPM9y6

“Although these cases are decades old, the scars left behind from this offender's actions still impact his victims and their families today,” Outlaw said. “In addition, many of the investigators who worked these cases are still haunted by the callousness and brutality of these attacks. The Philadelphia Police Department has never forgotten about this offender's actions and the effects of his actions on those around him."

PPD is seeking the public’s assistance in identifying the suspect shown in the enhanced sketches. Information can be provided anonymously to the department's tip line at (215) 686-8477. If a potential person of interest is identified, DNA testing will be used to perform a comparison to identify or exclude their involvement in these violent attacks.