The limited edition Corona promotion has spawned a string of thefts, police say 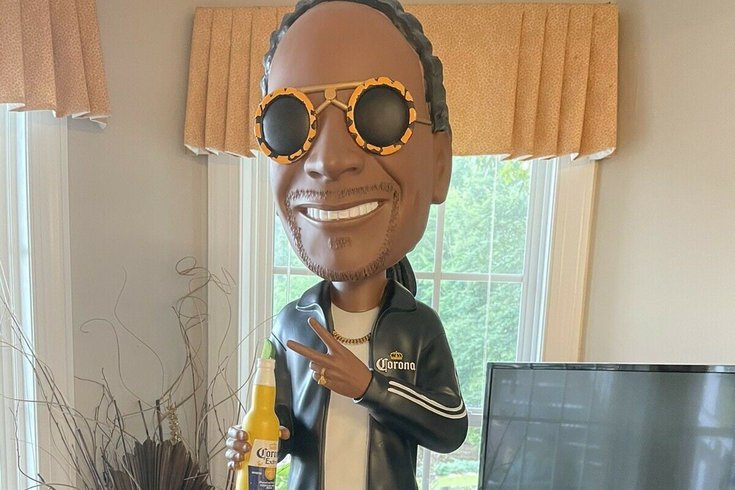 A Snoop Dogg bobblehead advertising Corona beer has become a theft target at grocery stores in the greater Philadelphia area, where three police departments have reported incidents this summer.

The coronavirus pandemic has been an interesting case study in the power of branding, specifically Corona's resilience in selling cases of beer at a time when the company's popularity might be expected to take a hit.

Corona's marketing team did wonders by partnering with Snoop Dogg on their "La Vida Más Fina" advertising campaign, which has helped amplify the company's products across a few beer-drinking generations. No matter how much Snoop Dogg gets roasted on Comedy Central or faded for his lackluster musical output in recent years, the man has cemented himself as a hip-hop immortal with mainstream appeal. He's a welcome sight in commercials and a reason to feel good about drinking a Corona.

But it seems an unexpected consequence has emerged from one of Corona's promotional campaigns with the rapper. People in the Philadelphia suburbs are stealing 3.5-foot-tall Snoop Dogg bobbleheads that have been placed inside grocery stores.

The first incident was reported on July 24 at an Acme in West Goshen, Chester County, where a man in a "Ron Swanson Pyramid of Greatness" shirt was identified as the suspect who swiped the bobblehead. Police said the items are worth approximately $300.

Corona actually had these bobbleheads manufactured by BDA Sports in three sizes — 16", 18" and 43". All three sizes seem to be fetching a fair amount on eBay and other auction sites. One of the 43'' bobbleheads is listed on eBay for $800, and another for $1,300. It's unclear how many bobbleheads were made in each size, but they appear to be rare items and thieves are catching on to the opportunity.

Since the incident in West Goshen, two more thefts have been reported in the greater Philadelphia area.

In Caln Township, not far from West Goshen in Chester County, investigators announced Wednesday that a Snoop Dogg Bobblehead was stolen from a Giant Foods in Thorndale on Aug. 21. Photos of the alleged suspect and his red Toyota Corolla were posted on Facebook.

An attempt to identify a suspect in a retail theft that occurred on August 21, 2021 at Giant Foods in Thorndale. The...

The third incident was reported in Bucks County, where the Northampton Township Police Department said Wednesday that a large Snoop Dogg bobblehead was stolen from an Acme in Richboro. Authorities posted a photo of the suspect leaving the market with Snoop — and Snoop only — in his cart on Tuesday.

Based on news accounts, it doesn't seem as if other parts of the country are encountering the same problem, at least not yet. And if it is happening, police elsewhere aren't taking it as seriously as they are in the Philly suburbs.

For now, we're left to wonder whether the same man could be targeting multiple stores, or if the value of these bobbleheads is driving a pattern in the area.

Corona released a statement discouraging the theft of the Snoop Dogg bobbleheads.

Anyone with information about any of these thefts is asked to contact the relevant police departments.