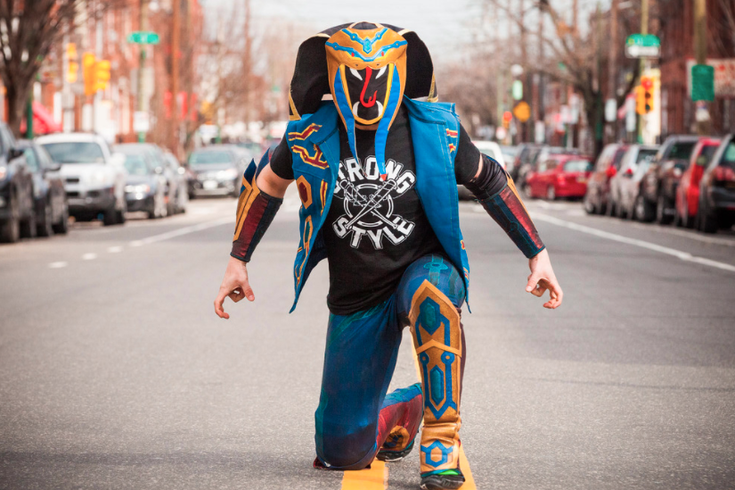 Ophidian The Cobra in South Philadlephia.

Last month, the WWE announced the names of the newest recruits making their way to the company’s state-of-the-art training center in Orlando, Fla.

Kimberly Frankele and Dori Prange are two of the four women signed who hope to make it big in the world of sports entertainment. Both talents were popular on the independent scene and achieved notoriety performing for Chikara, a family-friendly, Philadelphia-based wrestling promotion.

Frankele performed under the name “Princess" Kimber Lee, a fan-favorite video game character brought to life as “the princess who saves herself.” She was the Chikara Grand Champion and grappled with men and women to become the first female to hold the top title in an inter-gender wrestling promotion. Her sometime opponent, sometime tag-team partner, Prange, wrestled as “Heidi Lovelace,” a tattooed “punk rock ragdoll.” The pair joins fellow Chikara alum and Philly resident, Drew Gulak, making it a total of three Chikara talents that the WWE signed in less than a year.

Colt Cabana has been a professional wrestler for 18 years. He worked for WWE in the late 2000s. Since then Cabana has become a major draw on the independent scene and is the host of a popular wrestling podcast, The Art of Wrestling.  During his tenure, he has witnessed a number of people work their way through the system. He said Frankele’s ability to connect with a crowd is something that takes a long time to master and all in-ring talent needs to learn if they want to be truly successful.

RELATED LINKS: Wing Bowl 25 odds: What to expect and why this likely won't be the last one | 2017 WWE Royal Rumble: John Cena ties Ric Flair, Orton wins the Rumble | The Royal Rumble is coming back to Philly in 2018

Chikara’s founder, Mike Quackenbush, regards the signings with a great deal of pride. He said individual talent is what gets a person noticed and a big part of that is finding ways to connect with the audience. At the end of the day, pro wrestling is a form of entertainment, so just like movies and TV shows -- character matters.

“You will find lots of wrestling groups where everything is driven almost exclusively by the action. Their identity is almost entirely composed or rather it is defined by the action that they deliver,” said Quackenbush.

“And I think, while action never takes a back seat at Chikara, we are probably better known for character development and storytelling.” 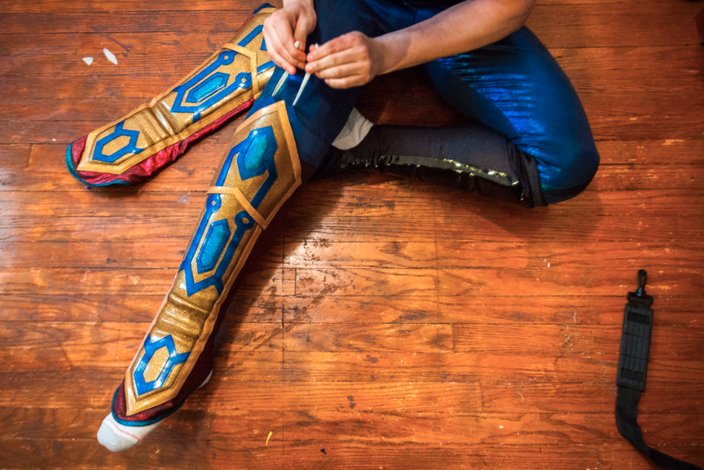 Cabana has wrestled all over the world. He said Chikara is unlike any other promotion. He credits Quakenbush as a promoter and trainer for having a unique vision of what the business is capable of being.

Quackenbush said there are a lot of places where people can learn the physical techniques of pro wrestling, but there are not a lot of places that teach character work and storytelling. He is happy to offer performers an opportunity to hone their skills in Chikara where storytelling stands tall in the middle of the ring.

Think of Chikara like a real life comic book. The roster is loaded with unique personalities like a Viking, fighting ants, and humanoid ice cream cones. 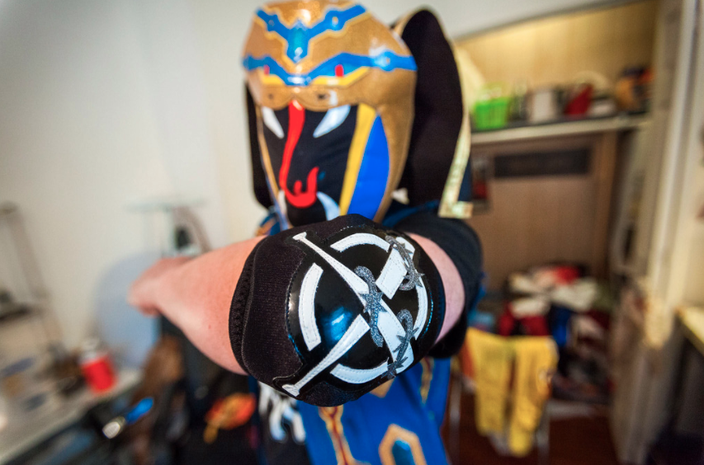 While it is easy for a first-time fan to sit back and enjoy Chikara’s brand of athletic entertainment, longtime fans are rewarded with plotlines and story arcs that often run the course of several years.  Even though Quackenbush has stories plotted out well into the future, he can’t always guess whether or not a talent will be around. Sometimes people get hurt. Sometimes people retire. Sometimes people get signed to the WWE.


Quackenbush doesn’t let that impact his storylines. He learned to be prepared for anything a long time ago after another one of his top guys, Claudio Castagnoli, got called up. Castagnoli found success performing under the name Cesaro on WWE television and Quackenbush had to scramble to re-work long-term storyline plans.

It helps that Quackenbush trains would be grapplers at the Chikara Wrestle Factory, the school where Castagnoli, Gulak and Frankele learned the ropes. While it is difficult to predict who will be the next big star, Quackenbush has a good feeling about his current students.

“I am really excited for our rookie class that are just coming up and some of them haven’t even debuted yet. They’re about to, so I’m really, really excited about this new group -- this infusion of young blood that we’re getting,” said Quackenbush.